Takeaway: Try each of these sacred mantras and pick the one that most resonates with you for your japa meditation practice.

Mantras are some of the most effective tools in the yogic toolbox for accessing states of deep meditation. They help us still the vritti, or fluctuations of thought waves in our minds, while also holding sacred energy within them.

The practice of japa meditation, specifically, uses mantras in this way to still the mind, thereby opening the path to enlightenment for the yogi.

Here are five of the top mantras for you to experiment with as you get started with japa meditation, so you can hopefully find one that resonates with your soul.

Read: What Is Japa Mantra?

When you chant Om, you can access this powerful vibration and align your awareness with the awareness of all creation.

Om is the perfect mantra with which to begin practicing japa meditation. Start with Om and see where it takes you.

Learn how to pronounce this mantra correctly by listening to the clip below!

Historically, So'Hum was first mentioned in the Upanishads and comes from the Sanskrit, sa, which means “that” or "he," and aham, which means “I am.”

When we align our breath with this mantra, we become more focused. Try practicing japa meditation with the So Hum mantra for a few weeks and see if it becomes your favorite.

Learn how to pronounce So'Hum correctly by listening to the clip below!

Om Namah Shivaya is an iconic mantra because it calls upon Lord Shiva . It is said that when we meditate with this mantra, we can become self-realized, while also accessing deeply spiritual states of being and even supernatural yogic powers.

Om Namah Shivaya is so powerful because it contains first and foremost the mantra, Om, which is the sound vibration of the beginning of creation. Then we have namah, which is the Sanskrit word for "salutations," and Shivaya, which means Lord Shiva, but can also be thought of as Absolute Reality. When we get deeply in touch with the word, shivayah, we understand that we and the Absolute are one and the same.

“Salutations to Lord Shiva” is what we are essentially saying when we chant Om Namah Shivayah. As this mantra contains six syllables, it’s a bit more complex than the previous two we touched upon, but once you get into the rhythm of it, you’ll find it flows quite naturally.

Learn how to pronounce Om Namah Shivaya correctly by listening to the clip below!

Shanti is a word in the ancient Pali language that means "peace." The reason we chant it three times is because it represents peace in the three parts of our existence:

When we meditate with the mantra, Om Shanti Shanti Shanti, we invoke a deep state of peace within our being. We’re also wishing the same experience of profound peace for others. This invocation of peace is important for both Buddhist and yogic traditions.

Work with this mantra for 40 days and see how you begin to access states of deep peace on all three levels – peace in your body, peace in your mind and peace when you speak with others.

Read: 4 Mantras That Will Transform Your Life

Once again we have the universal sound vibration of Om. When we place the word guru before or behind Om, we’re invoking a guru and paying our respects to our guru. Guru in Sanskrit comes from the word gu, meaning "darkness," and ru, meaning "remover," as such guru translates as "Darkness remover."

In the Hindu tradition, gurus are said to be avatars, or incarnations of a god. Chanting to a guru is like chanting to a god who just happens to be gracing us with his/her presence on the earthly plane.

You can chant Om Guru, Guru Om or Om Guru Om. Play around with all three and see which one feels more natural. 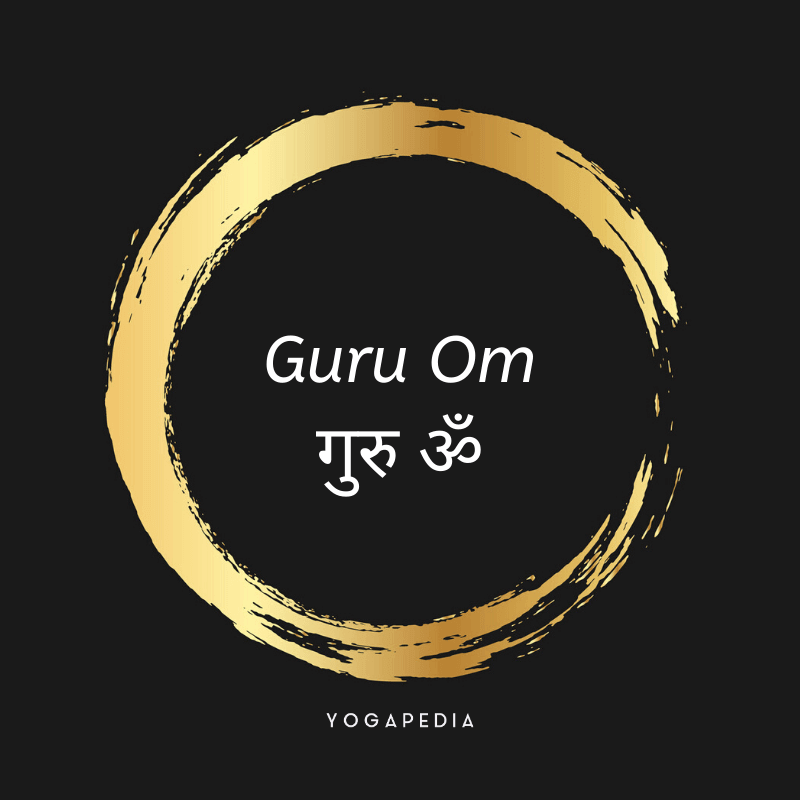 Connecting With Your Mantra

As with all the mantras, a sacred set of mala beads will help you stay focused and disciplined. Purchase a beautiful mala to help you get started as you explore the healing practice that is mantra meditation. Each time you chant your mantra, use a mala and repeat the sounds at least 108 times.

To make these mantras more powerful, try practicing each one for 40 days in order to let them seep into your consciousness. This is said to be the perfect amount of time to create new habits and experience profound transformation. You might then begin to see profound changes taking place in your consciousness.

Read: Makings of a Mantra: The Basics of Sanskrit's Sacred Syllables & How to Choose Yours