Definition - What does Tatvamasi mean?

Tat Tvam Asi (Sanskrit: तत् त्वम् असि or तत्त्वमसि) is a Sanskrit mantra from the Advaita tradition, typically translated as “I am that” or “Thou Art That”. It is one of the four principle Mahavakyas, or "Great Sayings" from the ancient Hindu text, The Upanishads. Tat Tvam Asi is used within Hindu and yoga philosophy to refer to the unity of Atman (the individual self or soul) with Brahman (universal consciousness or the Absolute).

The direct translation of this term stems from three Sanskrit roots:

Tat Tvam Asi may be chanted in repetitions or recited silently as part of a meditation practice. 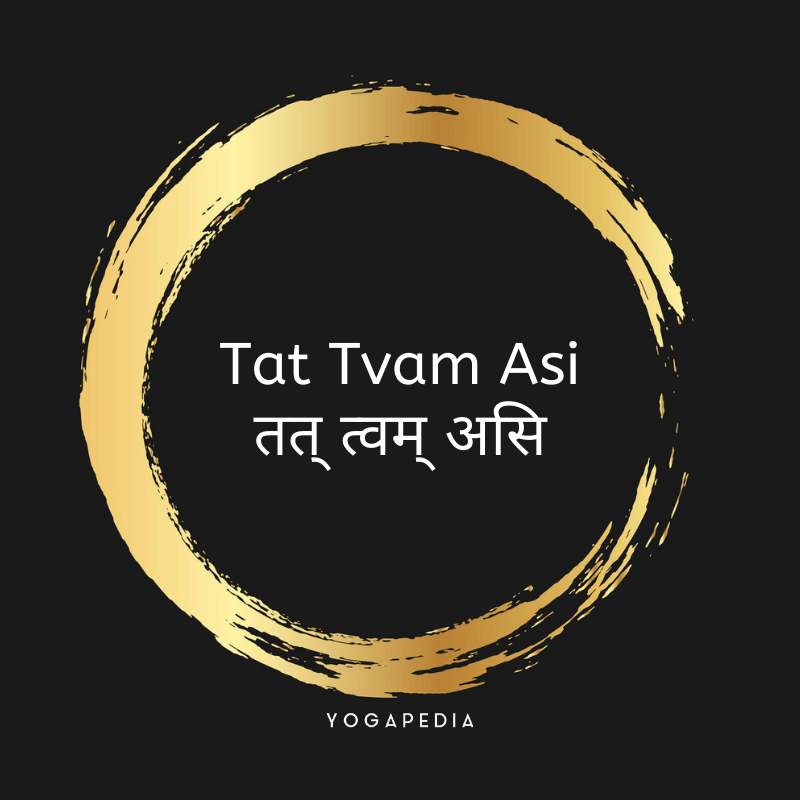 Tat Tvam Asi is repeated in the sixth chapter of the Chandogya Upanishad, in which the teacher Uddalaka Aruni instructs his son in the nature of Brahman. Chandogya Upanishad is a Sanskrit text embedded within the Sama Veda, one of the oldest scriptures in Hinduism. The text served as a foundation for the Advaita Vedanta branch of Hindu philosophy, providing detail on the concepts of Atman and Brahman.

Although the direct translation varies among traditions, it is generally understood as a reflection of one’s connection with a Higher Self. The translation “I am that” is attributed to Adi Shankara, an 8th-century Indian philosopher who centered his Advaita Vedanta doctrine around the phrase.

Representing a central theme of Advaita philosophy, Tat Tvam Asi unites the macrocosmic ideas of God and universal consciousness with the microcosmic individual expression of the Self. This mantra highlights the notion that all beings are intimately connected to universal energy and cannot be separated from it.

To recite Tat Tvam Asi is to recognize that Brahman and Atman are one, and as such, there can be no ego or sense of separation.

Tat Tvam Asi is one of the four principle Mahavakyas, short statements from The Upanishads. The essence of each of these Mahavakyas is the same, since all are intended to guide practitioners toward the realization that all beings are one with Brahman. Understanding this is believed to be the ultimate form of compassion, in which individuals recognize one another as part of the same whole.

The four Principle Mahavakyas are:

These utterances are contemplated as part of self-exploration and are generally embedded within practices such as meditation and mantra chanting. Jnana yoga, in particular, focuses on the contemplation of the Mahavakyas.

A Yogic Method for Creating a Compassionate Relationship With Anger
So'ham. I Am That.
Experience the 5 Koshas Through Yoga Nidra
The Key Poses of the Ashtanga Primary Series
Why We Say Namaste
CBD for Your Muscles