Baba Nam Kevalam: The Meaning and Benefits of This Beloved Sanskrit Mantra

Takeaway: When we recite Baba Nam Kevalam, what we’re saying is that love is constantly surrounding us at all times.

Baba Nam Kevalam (Sanskrit: बाबा नाम केवलम) is a Sanskrit mantra that means "only the name of the beloved".

While this mantra has a simple meaning specifically, it has an expansive interpretation. Each of these definitions contains an accuracy and slightly different nuance regarding this mantra. It speaks of tremendous spiritual truth and its popularity can be seen as an endorsement of its effectiveness.

The mantra is popular because of its flowing words and is used often in kirtan, chanting groups and festivals, and at yoga studios.

It is believed that it is effective because it does not invoke blessings or attention from any god or goddess, as most Sanskrit based mantras do. Instead, this mantra tries to focus on the concept of love and perceive the Divine in an abstract way.

The goal with this mantra is to focus on the essence of love exclusively. This allows for there to be a unity with other spiritual paths and its singers can let themselves go in the beauty of the words and its simplistic purpose.

These sounds will raise your vibrations and making you feel a sense of openness and joy. Many practitioners tout the mental health benefits and love the tremendous peace that they feel with this particular mantra.

Baba Nam Kevalam is a modern Sanskrit mantra. Most Sanskrit mantras are extremely ancient but because it contains Sanskrit words the positive benefits of the language are still in effect, regardless of its age.

The ancient Sanskrit language is so often used to help center the mind and open ourselves up to experiences in higher consciousness. Its pure tones and precise rhythms engage with our beings to bring about an expansiveness that encourages a deeper human experience.

Read: Yoga and the Sanskrit Connection

Baba Nam Kevalam is a mantra that was given by Shrii Shrii Anandamurti, the spiritual master and founder of Ananda Marga. Ananda Marga is a socio-spiritual organization in India that focuses on teaching tantra and meditation.

This organization believes that Baba Nam Kevalam is the most universal mantra because of its non-specific focus and its unifying definition. They believe that it eliminates negative thoughts and helps create inner peace.

They also feel that when it is chanted in a group for kirtan, with the utmost sincerity, that it can affect the miseries of the outside world like drought, famine and epidemics. Because of this power, the Ananda Marga and other spiritual groups intensely advocate for this mantra being chanted worldwide for personal and global peace.

While the goal was to try and remove specific reference to the divine from this mantra. That isn’t possible in Sanskrit as every word and every syllable is a prayer to God, in some way. Every word in Sanskrit has multiple meanings.

Kevalam for instance means: only, whole, pure and absolute. Nam is short for nama, and means name, indeed and salutations. Baba a created word using Sanskrit concepts to indicate the divine, but is not actually found in any Sanskrit dictionary. Baba is meant to mean the dear one or the beloved.

Baba Nam Kevalam is a created concept to help our minds focus on love and create a sense of inner peace that affects both our inner world and our outer one.

When a mantra flows it allows for easy singing and meditation as it easily aligns itself with your breathing and has an inherent rhythm to it. This mantra has such a beautiful flow you will have to try it for yourself to see how it affects your mind and heart.

Read: What Makes a Mantra?

As mentioned previously, this is a wonderful mantra to sing and to meditate with. But it can also be used in japa. Japa is a practice of reciting a mantra repeatedly for a certain number of times using a set of counted beads called malas. This practice is similar to the use of a rosary in the Catholic tradition which may have found its roots originally in the practice of japa.

You may find huge benefits with the practice of chanting Baba Nam Kevalam with a set of beads and feeling your breath find its rhythm with these lovely Sanskrit words.

So sit quietly and feel the rise and fall of your breath, drawing your attention to the presence of your body and then let the mantra flow from you in whichever form you would like, singing, meditating or chanting it with japa beads. 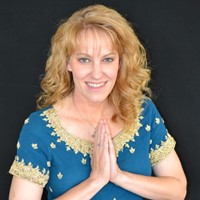 5 Sacred Mantras to Jump-Start Your Japa Meditation Practice
What Makes a Mantra?
The Makings of a Japa Mantra and How to Add This Yogic Practice to Your Sadhana
Yogapedia's Four Favorite Mantras to Chant
5 Powerful Mantras and Their Sacred Meanings
How to Choose Love Over Fear With Each Thought