The Relationship Between Yin Yoga and the Meridians

Takeaway: In Chinese medicine, the channels in our body responsible for moving our life force energy are called meridians. Here's a look at how yin yoga targets each of the 12 meridians.

Yin yoga is a slow, gentle, and relaxing style of yoga that has an emphasis on the connective tissue of the body and meridian theory from Traditional Chinese Medicine (TCM) pioneered by Paulie Zink, Paul Grilley, and Sarah Powers.

It is safe to say, some people may find the practice of yin yoga to be quite challenging, especially if they are used to more yang-style of asana practice, such as vinyasa, that targets the muscles rather than the connective tissue.

Why is yin yoga challenging? Many of the signature postures of yin yoga look deceptively simple, but when held for three to five minutes, a new depth emerges in the body and the mind may struggle to remain calm. This is why it has become such a popular complement to vigorous styles of yoga, as a slow, moving meditation.

The theory behind yin yoga is to exercise the connective tissue, namely the joint structures, such as the ligaments and tendons, as well as the fascia, which connects the entire body like a sheath.

Typically, these structures are not exercised in other types of physical yoga, as they require more care and time. The connective tissues are drier structures than large, moist muscle mass, therefore, you cannot access them quickly.

The Theory of Meridians

When things are in balance, the Chinese called this middle point of harmony Tao. When you drift away from the center, then you begin to experience either yin or yang.

One cannot exist without the other and they represent different qualities of life. Yin is characterized as the slow, feminine, yielding side, while yang represents the dynamic, masculine, active side. 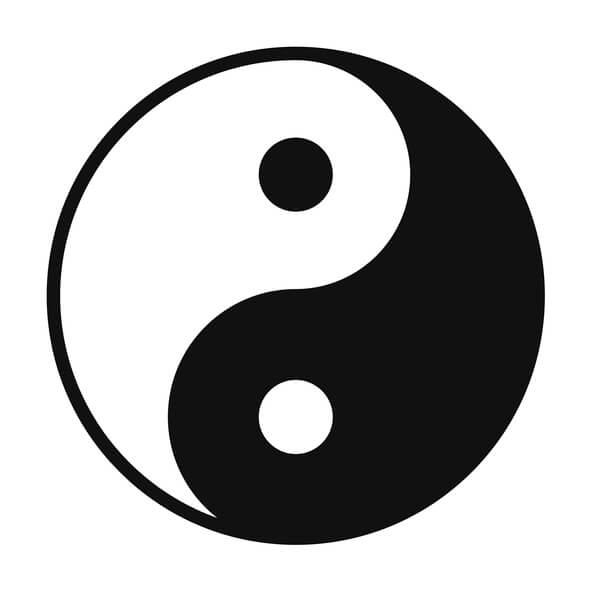 One of the unique aspects of Yin yoga is its incorporation of the energetic lines of the body, known as meridians. These are similar to the concept of the nadis from traditional yoga philosophy.

However, what is fascinating is that Japanese scientist Dr. Hiroshi Motoyama discovered that the physical structure of the way hyaluronic acid ran through the body directly correlates with the pathways of the meridians laid out by TCM.

Dr. Motoyama discovered that when postures were held for longer periods of time, it stimulated the production of hyaluronic acid. It is believed that Yin yoga increases hyaluronic acid in the body and joints, therefore increasing the abundance of pranic energy for healing and health.

It is believed that when there is a blockage in a meridian or energy channel, disease sets in. One of the main functions of the meridians is to promote the flow of chi or life force energy throughout the body.

Read: Is Your Chi Blocked?

While this is not a visible force, it is stimulated in yin yoga via specific postures that target different organs and their relationship to the corresponding meridians.

The meridians correspond with the ten major organs of the body, which may be yin or yang in nature, as well as two special additional meridians.

If you’ve ever wondered why a yin yoga class targets the hips so much, it’s for this reason in particular: the six lower meridians are yin in nature, therefore, accessed through hip-opening postures. 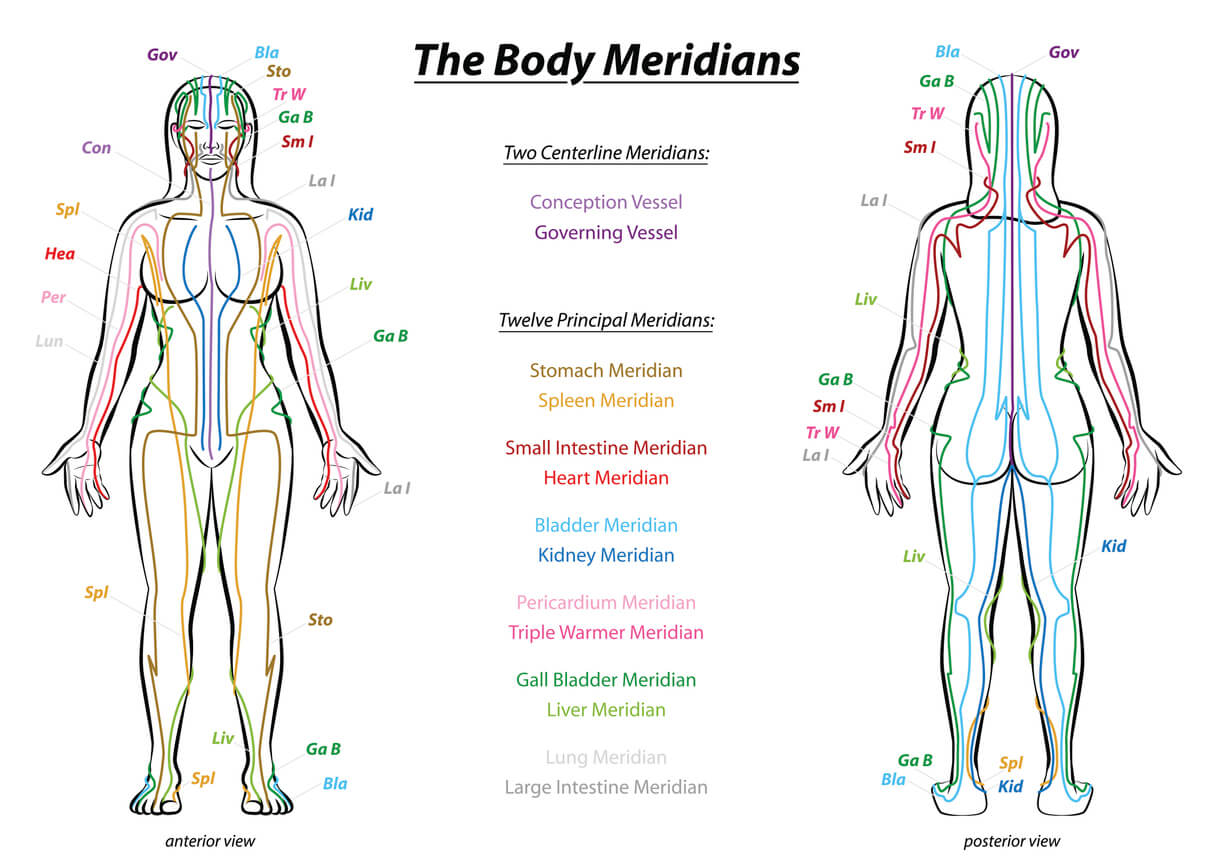 The liver meridian begins at the big toe and runs along the inside of the leg until it reaches up to the liver itself.

It is known as the meridian that governs happiness, and when out of balance symptoms such as anger, frequent irritation, or lower back pain can develop. 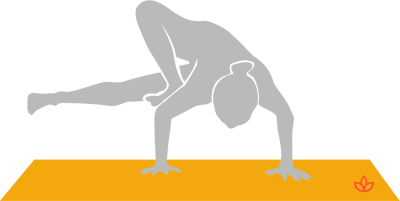 This meridian starts at the outer edge of the eye and branches into two lines that descend along the side of the body and ends at the big toes.

It is known as the meridian of worship and when out of balance may cause indecision or headaches. When balanced, it brings a sense of patience and healthy judgment.

This kidney meridian is known as the creativity meridian and begins at the pinky toe. It then traces itself along the pathway of the inner thigh and terminates at the tongue.

Emotional disturbances, such as anxiety, occur when this meridian is imbalanced, along with physical repercussions in the urinary organs. When it is balanced, there is certainty and creative expression of life force energy.

Poses that target the kidney meridian include dragon pose and squat pose. 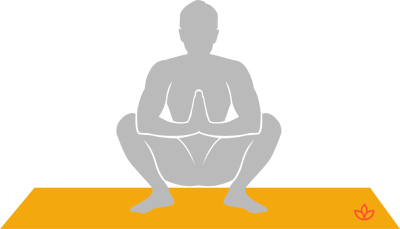 The urinary bladder meridian is the meridian of peace. It begins at the eye, goes up the head, and then runs along the backside of the body before finally terminating in the pinky toe.

When it is out of balance, one may experience restlessness and urinary disturbances.

Poses to include here are caterpillar pose and snail pose.

The spleen meridian begins at the big toe, runs along the inner thigh, and crosses the center of the body to end at the heart and tongue.

It is the meridian of confidence. When one feels rejected or careless, this meridian is not functioning versus feeling grounded in your being.

Saddle pose and cat pulling its tail pose are two examples of poses that target the spleen meridian. 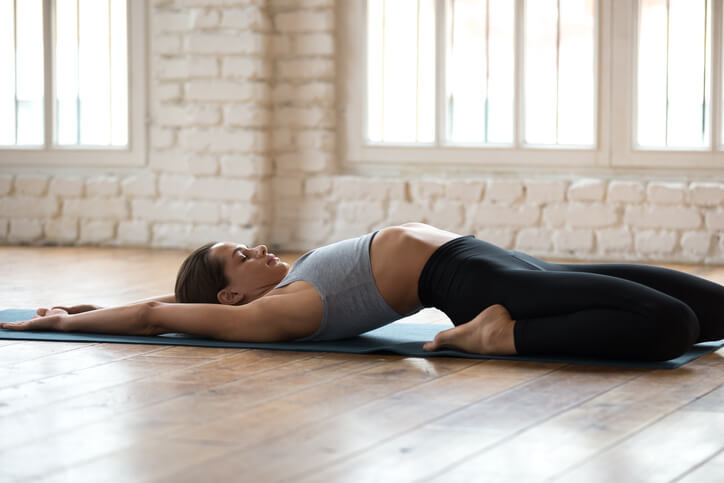 The stomach meridian starts at the side of the nose, snakes along the face, before descending down toward the groin and branching off to terminate at the third toe.

It is the meridian of satisfaction. When out of balance, one may experience greed and doubt along with bloating and gas. When it is balanced, one feels fulfilled.

Poses to practice for the stomach meridian include sphinx and seal pose. 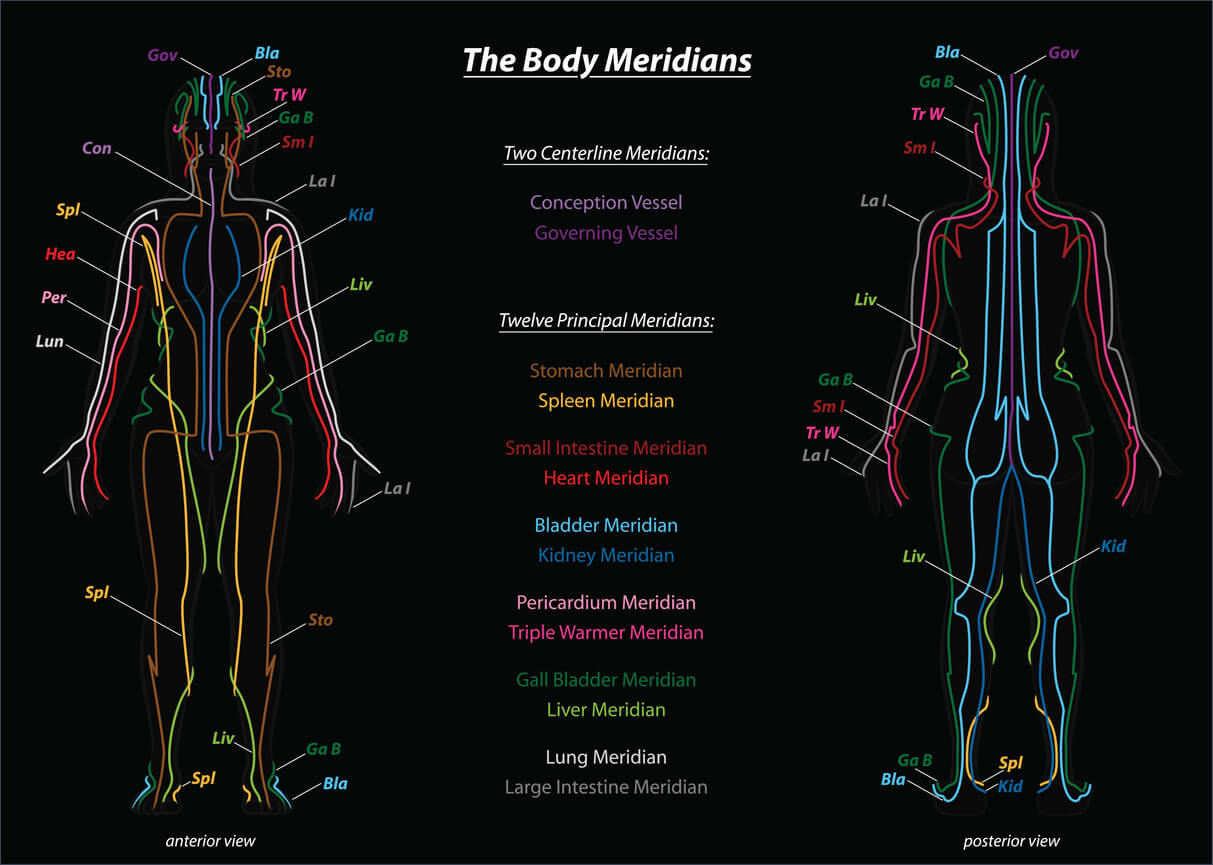 Known as the meridian of forgiveness, the heart meridian begins right where it says it does- the heart. It branches downward, up the throat, and finally across the chest to terminate at the pinky finger.

Problems here can manifest as insecurity, loathing, heart palpitations, and insomnia. When balanced, one experiences love, joy, self-esteem, and empathy.

This meridian is called the meridian of joy. It begins at the pinky finger and travels along the arm where it branches to go down into the small intestine and then up the neck.

When imbalanced, it can manifest as neck pain, grief, or sadness.

The lung meridian starts above the navel and snakes around the abdominal organs until coming up through the lungs, into the throat until finally extending out through the arm and into the thumb and index finger.

It is called the meridian of humbleness. It can manifest in respiratory disorders, such as asthma or coughing along with a false sense of pride or depression.

This is the meridian of self-esteem and runs from the index finger, along the arm and down into the large intestines with another branch ascending into the head.

This meridian is all about self-worth and feelings of guilt and apathy can run rampant when out of balance.

To bring enthusiasm back, try the poses thread the needle or twisted roots.

The pericardium is a sac that covers the heart and this meridian begins in the chest to connect to the pericardium itself. Then it moves downward, outward from the chest, and down the arm to the ring finger.

Known as the meridian of generosity, it brings feelings of relaxation and calm. It can manifest as poor circulation and feelings of jealousy and regret.

There are three additional meridians called the Triple Burner, Governor Vessel, and Conception vessel, which pay more importance to TCM techniques and practices. However, a basic understanding of the meridian pathways of the body, their corresponding organs, and emotional frequencies can lend itself to a greater depth of both body and mind whenever you are in a yin yoga class.

Yin Yoga: 4 Benefits of Surrendering to Your Yoga Mat
Yin Versus Restorative Yoga: What's the Difference?
Turn That Yawn Into Yin and Relax Into This Style of Yoga
Balancing Yin and Yang
20 Minutes of Yin Yoga
The Practice of Surrender