Takeaway: Chanting Om can tune you in to yourself - and the Divine.

When you say OM, what do you feel? Calm?

Do you feel a pull?

Everything in the universe is vibrating energy. Your body, plants, trees, celestial objects and light are, at their most fundamental level, all composed of energy.

When you chant Om, you are creating vibrating sound energy, thus tuning in to your inner Self. The sound, Om represents is the same as you, and the universe around you.

Om is believed to be the sound of universal creation.

Here we'll take a look at what Om means and why it's so often chanted in yoga.

The significance of Om is difficult to grasp and explain. It is a mantra with such great symbolism and power that you need to allow yourself time to really meditate on its meaning.

But how do you go about this? Begin by simply chanting Om repeatedly, with awareness, and the appreciation will come. It is through the repeated chanting of Om that you move into a meditative state and begin to engage with Om on a level deeper than that of the intellectual mind. Only once you experience Om in this way can you begin to appreciate its sacred power.

“Om represents the whole phenomena of sound-producing. As such, it must be the natural symbol, the matrix of all the various sounds. It denotes the whole range and possibility of all the words that can be made.”

When you chant Om, you are chanting sounds that are the root of all verbal communication between humans. Om is composed of three Sanskrit letters, aa-au-ma, or A-U-M, which sound like awe-oo-mmm when chanted.

The three sounds are also said to represent the three states of consciousness:

Chanting Aum, or Om, invokes all possible states of consciousness. The Sanskrit symbol for Om is also believed by some scholars to pictorially represent these three states. 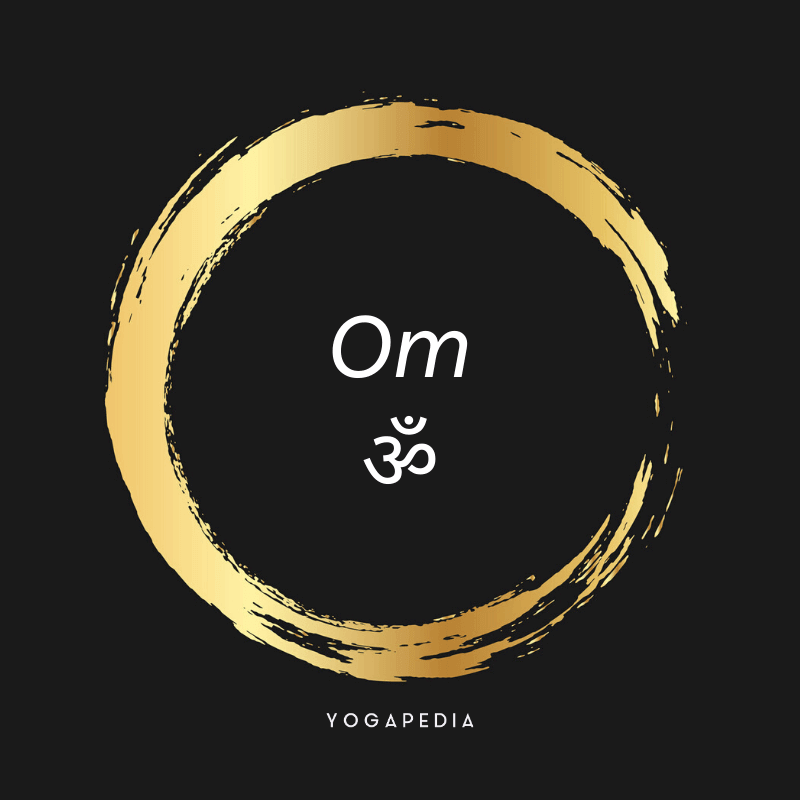 The Benefits of Chanting Om

1. OM helps you to connect with your true essence.

When you chant Om, you invoke all that you are on the deepest level. Yoga, meaning “to yoke,” is the practice of connecting with who you are.

You can practice all the complicated asanas you like, but in the one simple sound of Om, you are verbally, physically and symbolically creating that connection with the your inner self, and the Universe.

Even putting any spiritual or philosophical allusions aside, chanting has a positive and calming effect on the brain and central nervous system. Chanting Om brings you into the present moment and gives you an anchor to remain mindful.

This is particularly helpful when you are suffering “monkey mind syndrome,” as most of us are, most of the time. Your mind runs away with you, frantically worrying, planning and getting caught in negative thought patterns. To make things worse, you are exposed every day to a terrifying range of negative stimuli.

Om breaks through the chatter and cleanses the negativity, replacing it with a beautiful sense of clarity and unity. It acts almost as a detox for the mind.

3. OM brings you into your body.

When you chant the A-U-M sound, the vibrations reverberate through the chest then the throat and skull. This gives you an immediate sensory connection with the energy of the body and can help you to feel more in tune with yourself and your physicality.

In terms of the chakras, this corresponds to the heart, throat and crown chakras, which are chakras related to higher consciousness -- exactly the states you would hope to connect with through yoga.

4. OM connects you with others.

When Om is chanted in a class, the sense of togetherness and community created through that shared sound can be incredibly powerful. You are literally bringing your energy together with that of the other individuals in the class.

When all the individual Oms come together to form one cohesive Om, you find your place in the universe and can begin to acknowledge the extent to which separation between individuals is an illusion.

Not only that, but you are also connecting with the ancient yogic tradition of chanting Om, building a bridge between your practice and the rituals of those who have chanted it for thousands of years.

5. OM marks the beginning and end of practice.

Our lives tend to be busy, chaotic and often stressful. Yoga and meditation can provide valuable opportunities to step away from the noise and distraction and move into mindfulness, concentration and awareness.

However, it can be hard to switch immediately from the dynamism of daily life into the focus of a yoga or meditation practice. Chanting Om can be an effective way to mark the distinction between life and practice. It gives the mind and body a chance to catch up and arrive in the moment.

Similarly, at the end of the practice, Om can provide a chance to pause and reflect, allowing for a moment of reflection on what has taken place.