Definition - What does Crown Chakra mean?

The crown chakra is said in yoga to be a wheel of energy located at or slightly above the top of the head. It is the seventh and highest of the seven primary chakras, and is believed to be the center of energy from which all other chakras emanate. It is also considered to be the most subtle of the chakras.

The crown chakra is said to be responsible for a person's spirituality and enlightenment. The crown chakra is one's connection to the Divine and their Higher Self. aThe crown chakra governs the upper regions of the brain. It is represented by the colors purple and white and is typically drawn as a thousand petalled lotus.

The Sanskrit name for crown chakra is sahasrara. 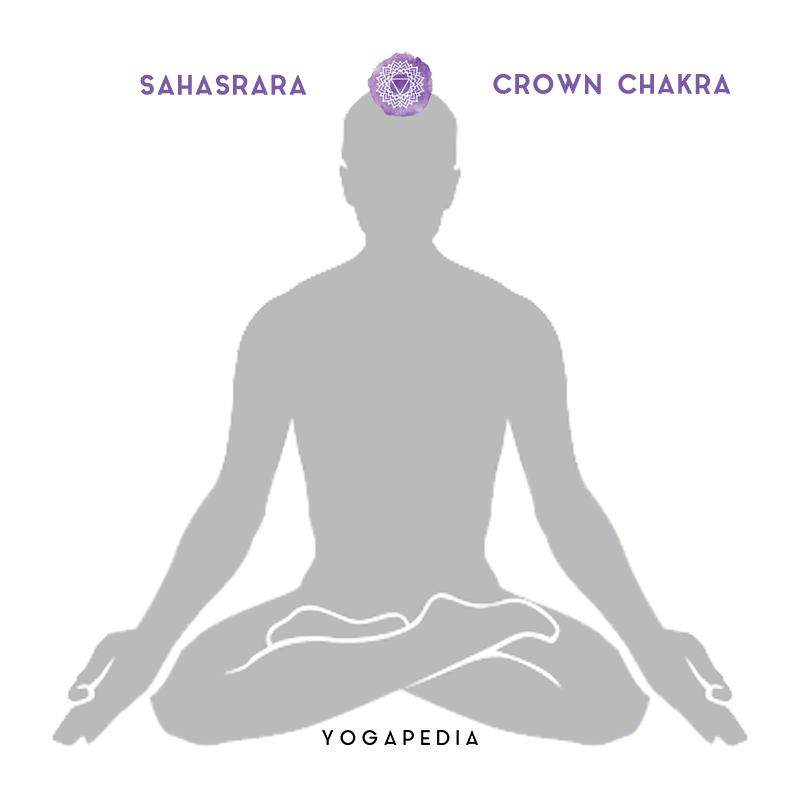 The crown chakra corresponds to the energy of higher consciousness. However, if unbalanced or blocked, it can have a negative impact on our physical health, such as:

There are certain yoga poses that are believed to help activate and balance the crown chakra, such as the headstand, which stimulates the crown of the head. Keeping a dream and visions journal is also said to be a good way to activate this chakra.

The Chakras and Maslow's Hierarchy of Needs
How to Balance Your Chakras Instantly
How to Know Which Chakra Is Out of Balance
Understanding the 7 Chakras
The Yogapedia Podcast: Anodea Judith - Yogini, Author and Chakra Expert
The Chakra That Isn't: Sahasrara, Your Crown Chakra