Om namah shivaya (Sanskrit: ॐ नमः शिबय) is a beautiful and beloved prayer and mantra that can be chanted or sung. This popular prayer in India directly means “my salutations to Shiva; the auspicious and gracious one”. It is also perceived to mean, “I bow to Shiva" or "adoration to Shiva”. This mantra is thousands of years old and is mentioned in the Vedas.

Om namah shivaya is a very significant mantra in Hinduism. This mantra consists of three parts that each are a prayer: Om, Namaha, Shivaya.

In yoga, this mantra is chanted during meditation in order to help realize the inner Self and possesses the qualities of prayer, divine love, grace, truth and blissfulness. It is also the initiation mantra of the Siddha yoga lineage.

Om namah shivaya is composed of three prayers. The first word Om is the word “Om” is thought to constitute the divine in the form of sound. It can also be written as “AUM,” which offers deference to the triad aspects of God that are perceived in Hinduism: the creator, the maintainer and the destroyer. These aspects of God are also known as: Brahma, Vishnu and Shiva. This is especially interesting in that this mantra addresses Shiva directly. “Om” appears at the beginning of almost all prayers and invocations done in Sanskrit.

Namaha is a word that means, salutations or bowing in deference. This word can be pronounced as nama or namaha. It depends on the number of syllables needed in the phrase. In this case, it is just pronounced in a breathy way, and the “ha” is not fully pronounced. This allows the mantra to flow properly.

The last part of this prayer is Shivaya. The “aya” at the end of the word Shiva means “to” or “for." Therefore, in this sentence, the salutations are to Shiva.

According to Hindu mythology, there are three gods who together represent the Supreme Divinity or the divine triad. Together they maintain the creation, upkeep and the destruction of the world: Brahma (the creator), Vishnu (the preserver) and Shiva (the destroyer). Though Shiva is considered the destroyer, he also symbolizes the inner self that remains intact even after everything ends. This aspect of God also has the essential task that gives rise to new life and new things. He is also considered the grantor of wisdom, patience and auspiciousness.

The stories and attributes of Shiva are many and contain tremendous depth and symbolism. There are groups in Hinduism and are completely devoted to Shiva that are known as Shaivism. The prayer, om namah shivaya is central to their religious practice.

Traditionally, this mantra is believed to be a powerful healing mantra, beneficial for all physical and mental ailments. The mantra should ideally be chanted twice a day, morning and evening, 108 times each. It is believed that those who chant these five holy syllables while meditating on Shiva will be blessed by visions of the lord of the yogis.

The pronunciation of om namah shivaya is relatively simple. The “a” are open vowels, but short and pronounced like the “u” in the word “up”. The “i” is a short syllable pronounced like a short “ee” sound, kind like you would say the first “i” in the English word “imagine”. 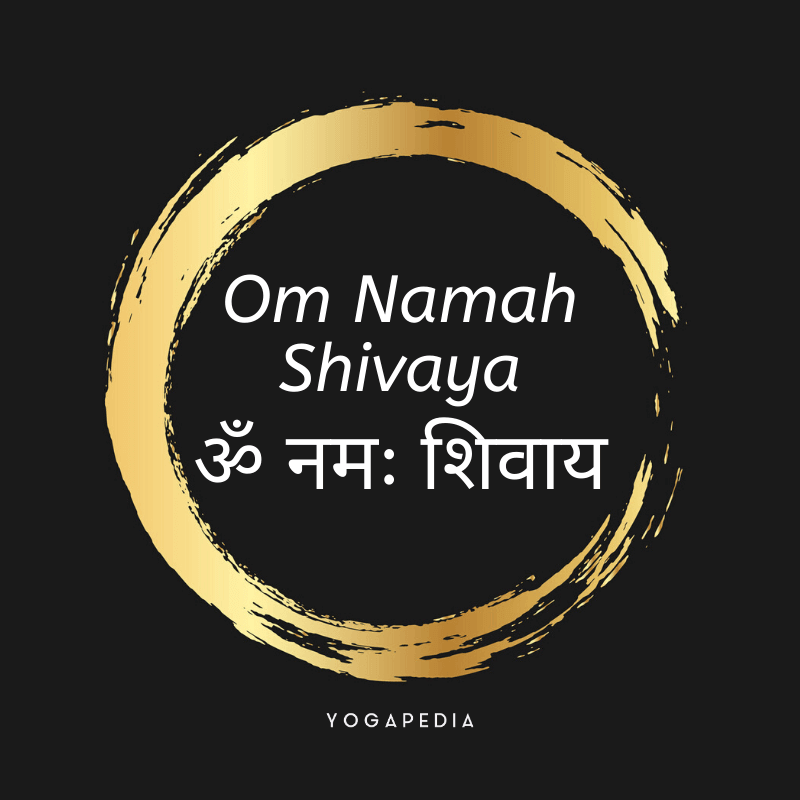 Music and Mantra
Advancing With Mantras
The Makings of a Japa Mantra and How to Add This Yogic Practice to Your Sadhana
Shiva and Shakti: The Divine Energies Within Us All
What Makes a Mantra?
5 Benefits of Chanting OM