Om is thought to constitute the divine in the form of sound. It is the universal sound where its utterance is considered the sound of creation itself.

Gam is a bija mantra, or the seed mantra, for Ganesha or Ganapati. These words are used interchangeably to indicate the same god in Hinduism.

Ganapataye is actually the alternate name for Ganesha, which is Ganapati. The ending 'aye' indicates that something is for or to Ganapati.

Namaha means salutations. This word is in most prayers and is also in the commonly used word “namaste”; which means my salutations to you. Thus, the mantra means "Salutations to Lord Ganesha."

Om Gam Ganapataye Namaha is used to invoke the blessings of Ganapati and avail ourselves of his peace, knowledge and prosperity. Ganapati or Ganesha is the Hindu god mostly recognized as the remover of obstacles and the grantor of success. As a result, he is extremely popular in India for those that practice Hinduism worldwide.

Ganesha is imaged as a short, stout, elephant headed god with four arms. He is always seen with a single tusk and each of his hands are holding something symbolic of his virtue and power. In three of his hands he is holding, a hatchet, a lasso and sometimes a conch shell. The fourth hand is often seen in giving the gesture of granting a boon or holding a sweet treat, a laddu. He is usually shown riding or accompanied by a rat, which is a demon that he has subdued. There are several stories as to why he has an elephant head. They all follow the mythology involving the many gods in Hinduism.

Om Gam Ganapataye Namaha is a common prayer to invoke Ganesha, but it is also calming and grounding all on its own. It can be chanted once or used in the repetitive way known as japa. If you do japa, the mantra is usually repeated 108 times or in multiples of nine and can be chanted with mala beads. 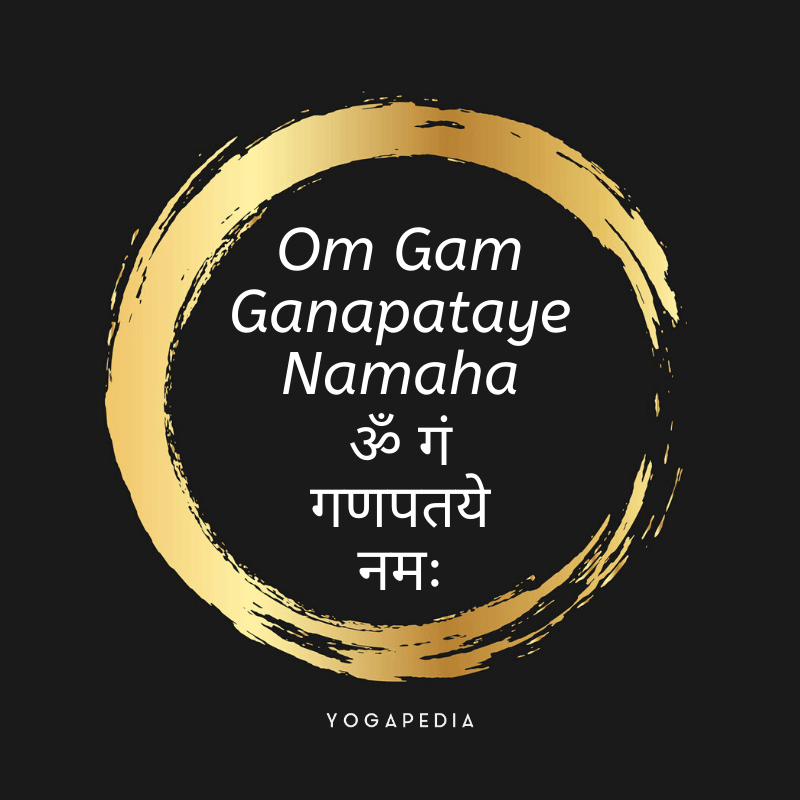 Hinduism's Most Popular Deities
The Meaning of Namaskar and the Way We Say 'Namaste'
The Story of Hinduism's Elephant-Headed Deity, Ganesh (and How to Call Upon His Good Fortune)
The Meaning of Om Namah Shivaya
Why We Say Namaste
Experience the 5 Koshas Through Yoga Nidra