Demystifying Yoga: The Science and Spirituality Behind This Ancient Practice

Takeaway: Yoga is a science...and it's also a spiritual journey to union with the Divine.

The Sanskrit word, “yoga,” literally means “yoke,” to unite. This union aims to dissolve, liberate and unite oneself with the pure consciousness, which is often referred to as the Source, the Self, the Absolute, God, Creator, Divine Mother or hundreds of other names. I love to refer to our creator as the Divine Mother. When the rishis (ancient sages) talked about moksha (or mukti), the ultimate fruit of yoga, they referred to liberation from the endless cycle of rebirth, pain and suffering of the physical realm.

Yoga Is a Science

Yoga is the science of union and the knowledge of the spine (kundalini). So, yoga is the union with the Divine in all its forms. Figuratively speaking, we can be in a state of yoga in every moment of our lives as we inhale and exhale. Unfortunately, here in the Western hemisphere, many people still think of yoga as twisting one’s body into some kind of knot. Yoga goes far beyond exercise. It is an extremely rich and powerful spiritual path that involves body, mind and spirit. As the revered sage, Patanjali, expounded upon in the Yoga Sutras thousands of years ago, Hatha yoga prepares one’s body and mind for deep meditation.

Today we are witnessing a renaissance, with yoga studios everywhere. Yet this trend is far from the genuine ancient and authentic yoga taught by the rishis for God-realization and liberation. Besides realizing enlightenment and liberation, practicing yoga brings many health benefits. This fascinating and ancient science of yoga is not a religion or a philosophy. Yoga does not fall into any category of an “ism.” Faith is not a requirement. You will still get the results and benefits even though you may not believe in it. Yoga is a science. Anyone can test it and see the proof by having direct experiences with the Divine. However, to test it fairly, it is important to have the appropriate spiritual master, a satguru, at the right time during the evolutionary process. Also, a spirit of inquisitiveness, patience, perseverance and discipline is required to thrive on the yogic path. If one has longing and devotion for knowing the truth, success will come for sure.

I wondered how this amazing science of yoga arrived on Earth, and the great lineage of maha avatars, gurus and ascended masters manifested on our planet. According to the ancient rishis and Sadhguru, a phenomenal being of light, the Adi Yogi (also known as the Adi Guru), was the first yogi and supreme guru. He appeared approximately more than 10,000 years ago in the upper region of the Himalayas at Mt. Kailash, and transmitted the science of yoga and the power of Self -realization and liberation to the first seven mystical sages (rishis) to help expand and transform human consciousness to a higher state of vibration.

Predating all religious traditions, these seven rishis — known as the Septarishis — spread yoga over Mother Earth. In the yoga tradition, it is the personal form of Shiva who is revered as the Adi Yogi and guru, the lord of all yogis and yoginis from which the lineage of gurus descended. Over the centuries, yoga spread and infiltrated into many different traditions, and new branches of yoga developed. By the grace of the Adi Yogi, today six major yoga branches have emerged: Hatha yoga (forceful) is the most familiar branch to Westerns. Bhakti (devotion-love); Jnana (right knowledge); Raja (royal), in which Kriya yoga falls; Karma (selfless action) and Tantra yoga (continuity) remains to be explored by millions of seekers. Kriya, from Sanskrit, means “completed action,” and the ultimate action of Kriya yoga is to transform and master the energy. The words, yogi (male) and yogini (female), designate those who experience the oneness of this phenomenal existence.

Yoga's Arrival to the West

Yoga was brought from India by the popular pioneer and yogi, Swami Vivekananda, one of the most revered yogi and spiritual masters of the 19th century, a close devotee of the highly reputable and well-known mystic, saint and enlightened master, Ramakrishna Paramahamsa. Swami Vivekananda introduced yoga to the Western hemisphere when he came to America in 1893. He represented India as a delegate at the Parliament of World Religions in Chicago. That day brought a great boon to the Western hemisphere. Thereafter, Vivekananda conducted hundreds of public and private classes and lectures disseminating yoga in America and in Europe.

A few decades later, Paramahansa Yogananda set foot on American soil and graced us with his presence and teachings. He also went on to disseminate the knowledge of yoga in the West, especially Kriya yoga, the yoga of mastering energy.

Spirituality means experiencing existence beyond the physical dimension of reality. Most of us are trapped and limited within our five senses. As long as we continue to identify ourselves with the physical realm, we will remain caught in its boundaries, creating the illusion of separation. As Jesus Christ said, “We are in this world, but not of it.”

(Continue reading for 4 True Purposes for Why We Practice Yoga Asana.) 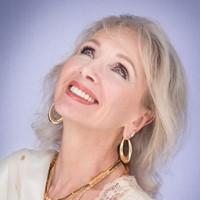 Vivianne is a modern-day mystic and the author of "Becoming the Light: Realize Your True Enlightened Nature" (Greenleaf, 2018). In addition to author, she is a celebrated yogini, spiritual guide, visionary, vocalist, and inspirational speaker.