The Eighth Limb of Yoga: Samadhi

Takeaway: By dissolving a sense of separation and ego, samadhi allows us to appreciate and participate in the underlying oneness of the world around us.

There is a certain mysticism surrounding enlightenment. These days, we tend to think of it as some otherworldly or even godlike state, unattainable to average Joes and Janes like you and me.

It’s certainly no easy feat to reach a total transcendence of suffering, but that’s not to say there’s no use in trying.

Enlightenment is quite simply an awakened understanding of the universe beyond the fetters of Self and ego, and the path toward it can be as rich and rewarding as the goal.

In yoga, this journey is known as the eight-limbed path, the final step of which is samadhi. Interpretations range from ‘bliss’ to ‘liberation’ and even ‘enlightenment’ itself, perhaps making it a tricky concept to get to grips with.

But samadhi is not about escaping life to hang out blissfully with God in the clouds.

It’s a state, in which, the practices of yoga bring you to be so completely and utterly present, that your mind, body and spirit dissolve into the here and now. Trust me; it’s simpler than it sounds.

Yoga is an ancient practice, dating back thousands of years and passed down through the ages. The first known text on yoga is credited to an Indian sage named Patanjali, who codified existing practices around 2000 years ago. (Learn more in Who is Patanjali: An Introduction to the Father of Yoga.)

Patanjali’s Yoga Sutras serves as a philosophical guidebook, offering 196 “threads” of wisdom on the challenges of being human. In this text, Patanjali outlines a clear and somewhat sequential eight-limbed path of yoga, intended to guide practitioners toward living a more meaningful and purposeful life. 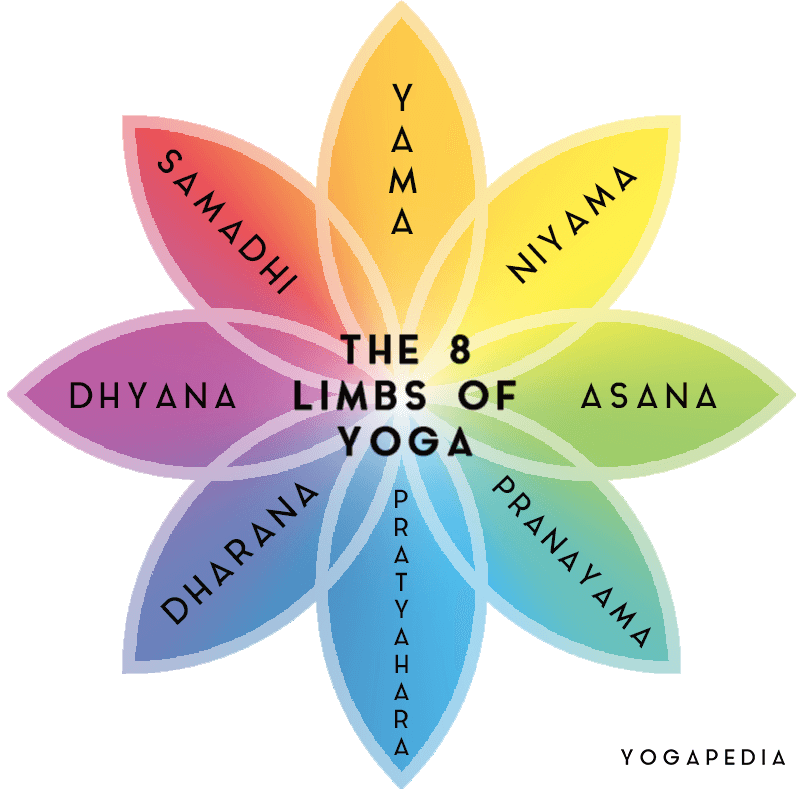 These ‘Eight Limbs of Yoga’ embrace all aspects of human existence; from social and moral obligations, to physical practices, such as asana (postures) and pranayama (breath control). (Learn more in A Journey Through The 8 Limbs of Yoga.)

The latter limbs approach the more subtle applications of the mind, like dharana (concentration) and dhyana (meditation).

Samadhi is the ultimate stage on this path; the final of the eight limbs and the gateway to spiritual awakening.

Samadhi as a Skill

Directly translated from Sanskrit as ‘joining together,’ samadhi is described in Patanjali’s Yoga Sutras as a state in which individual and universal consciousness unite; a blissful state of total meditative absorption.

But this yogic interpretation of enlightenment is somewhat unique, in that it focusses on the element of practice.

Samadhi isn’t some spontaneous gift from the Gods to the chosen ones, rather it is a skill to be worked toward, honed by the steps before it.

Indeed, the final three limbs of Patanjali’s path are inextricably intertwined. Collectively known as sanyam or ‘control,’ dharana, dhyana and samadhi can be thought of as different stages of a singular practice. 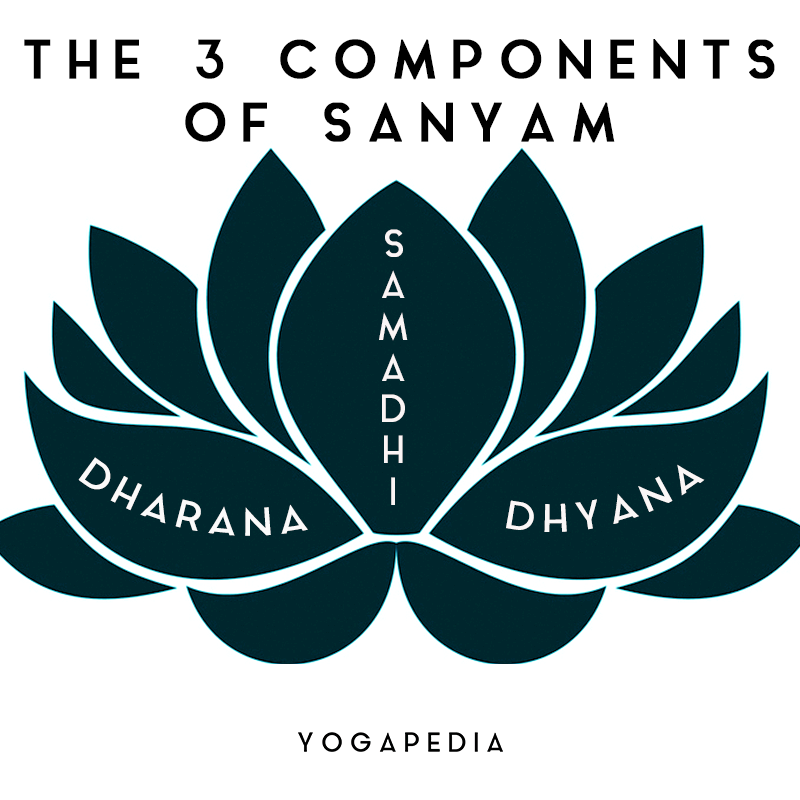 Only when concentration merges with a meditative state, can glimpses of samadhi occur.

It’s that point of oneness with the object of meditation, in which the practitioner is no longer able to perceive the act of meditation or define any separate sense of self from it. (Learn more in The Sixth Limb of Yoga: Dharana.)

Practicing sanyam cultivates a growing insight of samadhi, bringing with it an enormous sense of relief.

It’s like a deeply expansive periphery, cracking perspective wide open and reminding us how small and insignificant our day to day sufferings are. (Learn more in Suffering & Sweetness: Understanding Duhkha and Sukha to Deepen Your Practice.)

This is why samadhi is likened to liberation. This is why it is bliss. 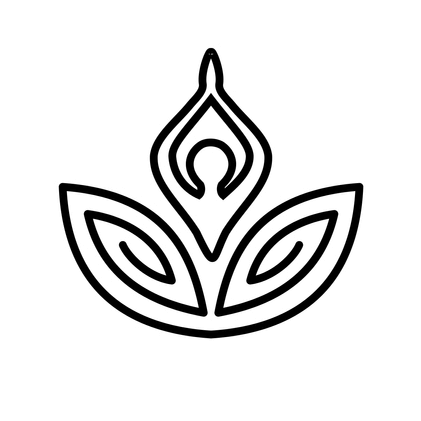 Although practice is key, trying to reach samadhi without taking the preparatory steps is like trying to erect a building without a foundation.

In every field, mastery takes preparation, dedication and discipline, and yoga is no different.

But just as a child can grow up and work hard to become a world-class surgeon, an ordinary person really can develop and practice the skills necessary to experience truly extraordinary states of being. (Learn more in The Path to Liberation Starts With Our First Step Off the Mat.)

It’s no surprise that yoga has been so popular for thousands of years, since the eight-limbed path provides a journey to enlightenment that is truly accessible to all.

It requires nothing, but the most basic desire to be free from suffering, and the kind of dedication and discipline that can be cultivated over time, with patient practice.

Samadhi releases the self from ego and separation, connecting us back to wholeness, peace and pure joy. (Learn more in Dissolve the Ego With This Guided Meditation to Reveal the True You.) 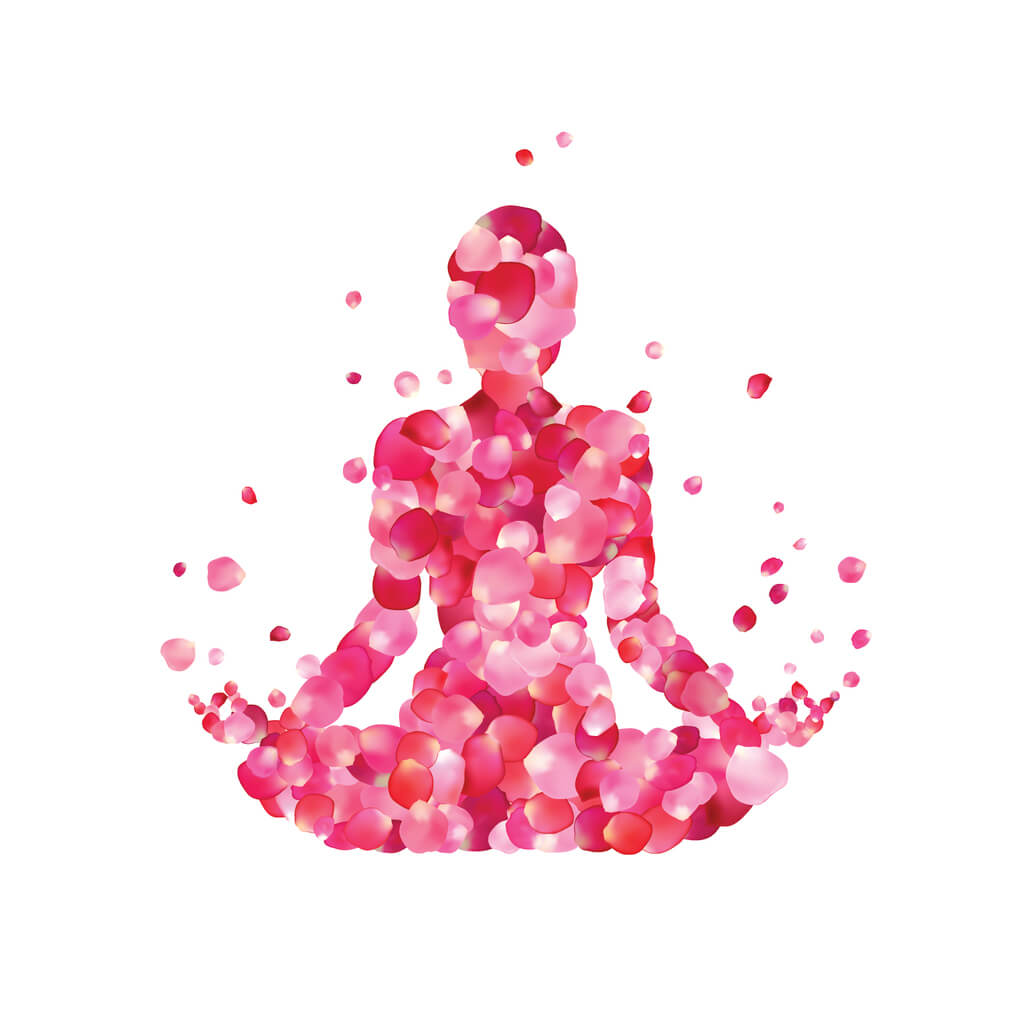 In a life inseparably connected to others, where our obligations to friends, family and colleagues are a natural part of each day, it’s a seemingly selfish pursuit. But, samadhi brings with it a state of being intensely present, even outside of the practice. (Learn more in Escaping the Maya: 5 Tools to Reconnect With Your Inner Self.)

We become less inclined to allow the stories and narratives of the mind to overcome us, allowing us to show up for the people we care about in the most selfless and present way possible.

Ultimately, by dissolving that sense of separation, samadhi allows us to appreciate and participate in the underlying oneness of the world around us.

What Is the True Meaning of Yoga?
The Second Step of Yoga: Niyama
Ahimsa: The Number One Yama of the First Limb of Yoga
Not All Asana: The Eight Limbs of Yoga and What They Mean for Your Practice
Pratyahara: The Fifth Limb of Yoga
A Journey Through The 8 Limbs of Yoga