Definition - What does Nabhi Chakra mean?

Nabhi chakra is the energy center located in the area of the solar plexus, above the navel. Nabhi is a Sanskrit word meaning “navel.” It is the third of the seven major chakras rising from the base of the spine to the crown of the head. Yogic teachings say that opening this chakra provides the yogi with a clear sense of self and purpose.

In English, this chakra is known as the solar plexus or navel chakra. However, it is more commonly known by its alternate Sanskrit name, manipura ("city of gems") chakra. 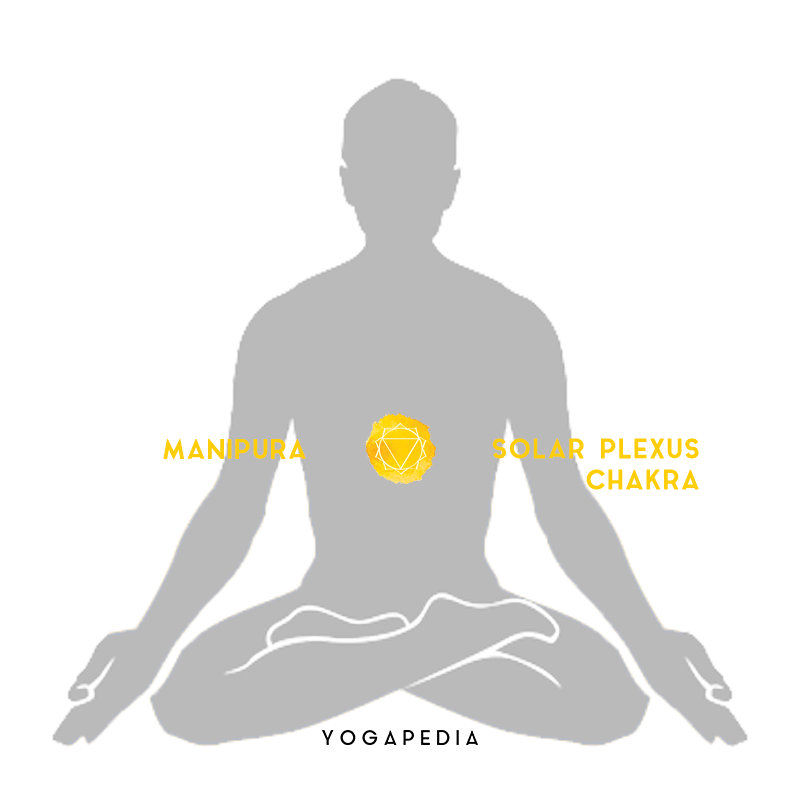 Do you suspect one of your chakras is out of balance? Here's a quiz to help you figure out which one.

The nabhi chakra is a vortex that is believed to attract prana from the universe. It governs transformation and gives a sense of fearlessness and courage when making changes. It also provides contentment, personal power, satisfaction and inner peace.

The nabhi chakra is usually represented by the color yellow with a radiation of green. The symbol for manipura is an inverted triangle inside a circle that has 10 petals. It is often associated with the fire element, but some sources relate it to the water element. As a fire element, nabhi chakra controls the body's energy balance and supplies energy to the digestive organs. As a water element, this chakra nourishes and purifies.

The bija mantra associated with the nabhi chakra is Ram, and chanting this bija is one of the ways thought to bring nabhi into balance. Certain yoga asanas are also believed to balance the nabhi chakra, including navasana and the virabhadrasana series.

Why It's So Hard to Achieve Inner Peace
How to Balance Your Chakras Instantly
Quiz: Are Your Chakras Blocked?
The 5 Koshas: The Veils of Atman
What to Eat to Pacify Vata
A New Take on Resolutions: Redefining the Year Ahead

Quiz: Are Your Chakras Blocked?

The 5 Koshas: The Veils of Atman

What to Eat to Pacify Vata

A New Take on Resolutions: Redefining the Year Ahead