Takeaway: If hard rock with llamas and whiskey unifies you, then go for it. For now, I’ll stick with gentle singing bowl melodies and no animals or alcohol in sight, as I work with what best yokes me to my higher self.

Do you remember in the late 90s and early 2000s when pizza companies seemed to have a new themed pizza every week? Pizza that tastes like a hamburger, the biggest pizza yet, the thickest pizza yet, stuffed with cheese, stuffed with more and different cheese, on and on they went. Why they didn’t just stick to the pizza we already knew and loved always confused me. I don’t want a gimmick, I want the real deal!

I often feel this way about what I call “gimmick yoga.” Every year I see new and ever-expanding concepts to make yoga…well I’m not sure what. More approachable? More fun?

I have been practicing yoga for 19 years and teaching 12, so I have seen many incantations of these tactics come and go. Few remain for long, but they all are touted in their debut as a new/better/cooler way for yogis to practice and to gain new followers for our yoga community.

Read: The Power of Community in Yoga

The questions I have is where does a gimmick end and "real yoga" begin? Is gaining new yogis who come in through one of these fantastical doors a good thing? Can we get so focused on “new and improved” that we lose yoga all together?

One of the first new offerings I saw pop up about 20 years ago was yoga to contemporary music. There was hip-hop yoga and rock-and-roll yoga and somewhere in there was country music yoga.

I get it, people like different kinds of music for their flow. But if the music isn’t relaxing, if it doesn’t call for inner contemplation and the steadying of the mind wouldn't that go against the entire point? I love artists, like MC Yogi, who take mantras and yogic philosophy and put it to a fun and upbeat tempo. I find that perfect for when I’m trying to get through that next vinyasa.

My concern is when the music lacks intention.

Every part of our practice should draw us inward and be carefully selected. If we are choosing music to simply make new clients walk through our door, we need to ask ourselves if they are having the unifying yogic experience we are going for or simply seeing this as another fitness fad to experiment with and then move on from.

Since we have tried every kind of music and lighting, including blacklight yoga, the gimmicks have amplified. A few years ago alcohol and yoga became en vogue. Studios across the country offered “boozy yoga” where you could bring a glass of wine or beer to your mat.

Right now animal yoga seems to be the hottest craze—goat yoga, doggy yoga, even yoga with alpacas seems to be popping up everywhere. I love seeing cute animals sleeping under yogis in downward-facing dog (adho mukha svanasana) as much as the next person, and that goat on your back in cow pose (bitilasana) is adorable, but how well can you practice your drishti or pranayama when you need to keep your eyes peeled for alpaca droppings or inhaling the smell of goat hair?

Read: The 9 Drishti of Yoga

The Evolution of Yoga

The answer to this, for me, is twofold: one, I must accept that yoga is always evolving and even the most ancient versions have been modified for modern Western palettes, and two, I need to clarify for myself, if no one else, what makes yoga, "real yoga."

We often hear well-known instructors say that their lineage is the most ancient or the most authentic, but history paints a very different picture. We now know that yoga was not a clear sequence of poses until the late 19th century. When yoga came to Europe and the United States it tended to model more of the Western standards of aerobic fitness than a mystic practice.

Read: The Evolution of Modern Yoga

Yogis thousands of years ago were more focused on meditation and breathwork than asanas (poses) whereas now many people, who rarely meditate or practice pranayama call themselves yoga experts. Yoga, as we know it, is already a gimmick of sorts. It has been both appropriated and developed to meet the needs of wider audiences.

For some this is an abomination but for most it has brought them a healing modality that may have not been something they could benefit from without said changes.

So, then what is real yoga? Is our Western version yoga? Is goat and beer yoga, real yoga? Yoga means yoke, or union, a marriage of mind, body and spirit.

Perhaps we are all taking different yogic paths that are leading to this common destination of unity. If my 21st century mind needs something different to get there than my ancestors did, is that so wrong? I don’t think so.

Deciding where a gimmick is appropriate or distracting really belongs in the hands of each practitioner. If hard rock with llamas and whiskey unifies you- then go for it. For now I’ll be over here with my gentle singing bowl melodies and no animals or alcohol in sight, working with what best yokes me to my higher self. 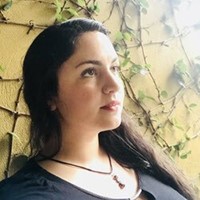 Dr. Laura McGuire is a nationally recognized sexuality educator, trauma-informed specialist, and inclusion consultant at The National Center for Equity and Agency. Dr. McGuire is a certified full-spectrum doula, professional teacher, a certified sexual health educator, and a vinyasa yoga instructor. She is a member of the American Association of Sexuality Educators Counselors and Therapists (AASECT), Society of Profesional Consultants, and is a Board Member of the Sex Worker Outreach Project (SWOP). Dr. McGuire lives the United States, where she works as a full-time consultant and expert witness.

12 Popular Yoga Styles to Inspire Your Asana Practice
The Yogic Lifestyle's Mind-Body Health and Happiness Explained
3 Signs You're Becoming a True Yogi
Six Signs You're Already More Yogi Than You Think
Who Is Yoga For?
6 Yogic Techniques for Being More Meditative