In Buddhism, Buddha is often presented as a physician and these four truths are compared to a healing process, in which the problem or sickness and its cause are diagnosed first, and then the cure and release are found in the end. They also symbolize the awakening of the Buddha himself, as well as the possibility of achieving enlightenment and freedom for all human beings. 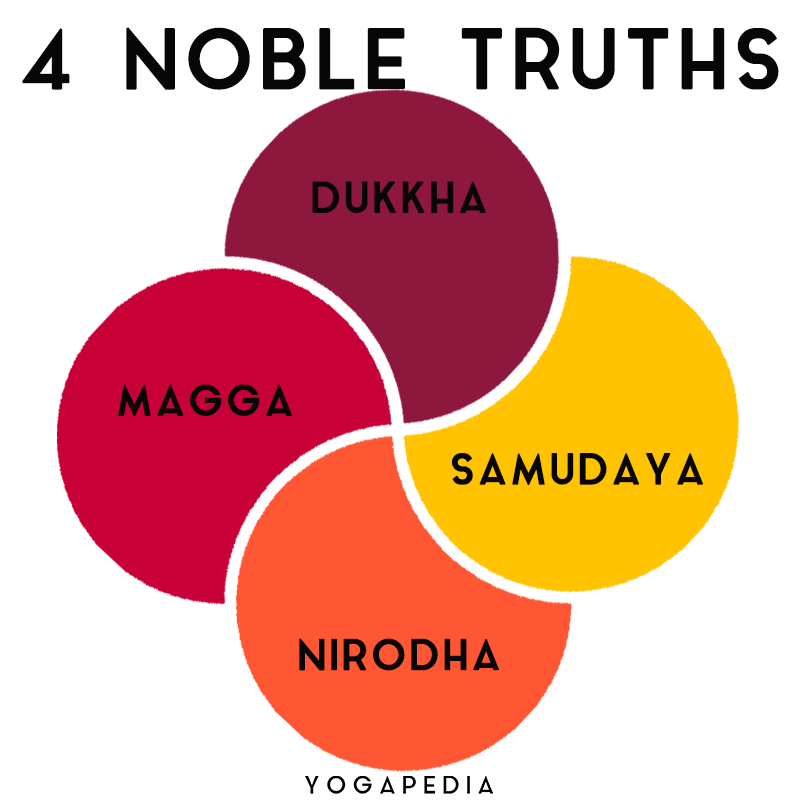 It is believed that Buddha's principal teaching on the Four Noble Truths cover all other Buddhist teachings. In these four truths, Buddha simply states the reality: suffering exists, and there is a cause and a cure for it. He says that one's suffering is related to the negative feelings, cravings, and even satisfying these cravings, as it is always only temporary. The cravings are described as the cravings to be, not to be, or cravings for pleasure. The negative thoughts are also thought to be the root of the suffering. There are three root negative emotions described in Buddhist teachings: ignorance, attachment and aversion. One must develop a real understanding of these roots of one's suffering in order to eliminate them and become free.