Takeaway: The hips are said to be a central storage place for emotional baggage. Here are 5 yoga poses to help release both your hips and your emotions.

I’ve always been drawn to hip-openers.

There’s probably not a day that goes by that I don’t do pigeon pose, fire log pose, or wide-angle seated forward bend. These yoga postures feel so juicy and good.

There’s a kind of innate intelligence within my body that guides me to these hip opening postures again and again—and certainly more often than other yoga poses.

According to yoga, we hold a lot of our emotional baggage in our hips.

The issues are in our tissues, so they say, and the hips are said to be a central storage place for these issues—which are no doubt a natural part of living a fully human life.

As such, it’s important that we work these issues out of our tissues.

Thankfully, yoga offers a way to do so. We simply practice yoga postures that open tight hips, release tension, and get the prana flowing freely throughout the body. Ideally, we do this on a daily basis.

Let’s explore five yoga poses for tight hips, so that we can move through life with less emotional baggage, while also keeping the pelvic girdle healthy and strong.

Pigeon pose is often referred to by yoga teachers as the king of hip-openers. It’s Sanskrit name is eka pada rajakapotasana—a mouthful, for sure. 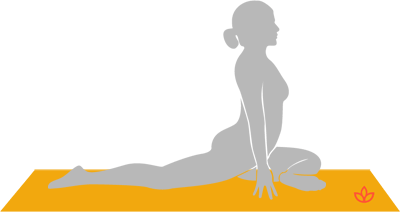 This king of hip-openers— raja means king—not only opens tight hips, while releasing stored tension within the area, it also works your core as you aim to keep your hips in line with each other.

Notice how when you fold forward, placing your forehead on the floor in pigeon pose, your mind soaks in a calming bath, releasing cares and worries. (Learn more in Pigeon Pose: 6 Variations of Yoga's Popular Hip-Opening Posture.)

Such is the beauty of yoga. It’s an elixir for the body and mind.

If pigeon pose is too advanced for your current yoga practice, no worries. An alternative hip opener you can practice to work towards pigeon pose is butterfly pose.

Dancers have been doing butterfly pose for eons as part of their warm-up. It’s the perfect hip-opener for all levels—beginner to advanced. 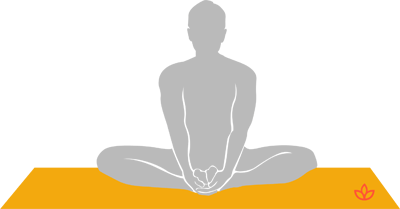 Also called bound angle pose, or baddha konasana in Sanskrit, butterfly helps to open the hips and increase mobility. It’s also one of the best and most popular postures to stretch the inner thighs. (Learn more in 3 Hip-Opening Postures for People Who Sit All Day.)

For beginning yogis, who want a bit of support, place a yoga block beneath each knee. This allows you to relax into the pose with comfort and ease.

To relax into the posture further, try the reclined variation. Reclined butterfly pose, also known as supta baddha konasana, which works to release hip tension, as well as mental tension.

Yet another effective yoga posture for opening the hips and releasing stored emotions is cow face pose. (Learn more in The Body Remembers: How Your Body is Storing Past Trauma.)

In Sanskrit, it’s called gomukhasana, and takes its name because the legs, torso and arms take a shape that resembles the face of a cow. (The ancient yogis had great imaginations, for sure). 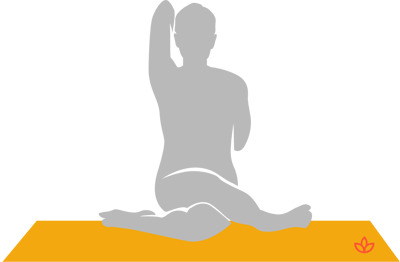 This posture, like pigeon pose, is considered and intermediate to advanced posed because it requires open hips, as well as open shoulders. For tighter shoulders, use a yoga strap to modify.

This pose isn’t always appropriate for beginners and may require modification, which could take the form of the fire log pose, an easier variation of cow face pose.

In fire log pose (also called double pigeon pose), we don’t need to worry about our tight shoulders getting in the way because this posture doesn’t require the arms. We’re simply focusing on the hips in fire log. 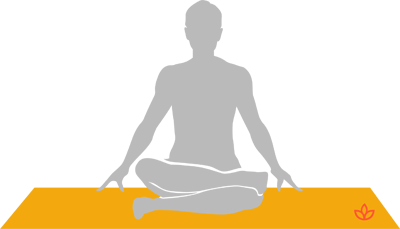 It’s a really great posture for the outer hips, as well as for the prevention of sciatica, as this pose stretches the piriformis, a muscle found in the buttocks that can irritate the sciatic nerve.

Take this pose slowly if you have lower back or knee injuries, and yield to the butterfly, if fire long is too much for your body. Once your hips are open enough to stack the knees and feet, you’ll see two fire logs stacked upon one another.

Wide-angle seated forward bend, also called upavistha konasana, is perfect for us all because it stretches the hamstrings, and we all have tight hamstrings.

Like butterfly pose, it also stretches the inner hips and thighs—namely, the adductor muscles. Wide-angle seated forward bend is ideal for beginners, as you can take the pose only as far as your body allows. For tighter bodies, narrow the angle of your legs and don’t fold forward much, if at all.

For more flexible bodies, take the legs wide and forward fold with integrity. Once your head touches the ground, your mind gets a healthy dose of calm and stress-relief. (Learn more in Bend Without Breaking: 10 Yoga Poses to Increase Flexibility in Body, Mind, and Spirit.)

Detox your body from negative emotions while also giving your hips a healthy dose of preventative medicine.

Do at least one of these postures each day to maintain emotional and physical balance.