What to Eat to Pacify Kapha

Takeaway: A Kapha pacifying diet consists of favouring the pungent, bitter, and astringent tastes, while keeping the foods lighter and warm so that they are easier to digest.

According to Ayurveda, Kapha dosha is made up of Water and Earth elements. It is responsible for all of the structure, cohesion, and lubrication in your body. This means that Kapha makes up your entire skeletal and muscular system along with supporting and lubricating your joints and tissues.

Kapha also helps with the regulation of your weight and energy levels. However, if you are consistently feeling tired and find it hard to get up in the morning, often get bloated, feel lethargic, gaining weight, get easily congested, and have excessively oily hair or skin, then this may mean it is time to balance your Kapha.

The qualities of Kapha include:

When you consume or are exposed to these qualities in excess, it can lead to an increase of Kapha within your body, leading to a Kapha imbalance.

Kapha people by nature tend to be calm, relaxed, loving, and sweet. They are also tend to love to sleep, are generally easy going, love food, but also have slower digestive systems. Since their metabolisms are more sluggish, they can also put on weight quite easily.

If this all sounds like you, then you could benefit from having a Kapha pacifying or balancing diet.

At its core, a Kapha pacifying diet consists of favouring the pungent, bitter, and astringent tastes, while keeping the foods lighter and warm so that they are easier to digest.

You want to avoid heavy, oily, and cold foods along with the sweet, sour, and salty tastes. This means that the ideal Kapha diet will be simple, yet full of flavour with smaller meals and little to no snacks.

However, the key factor to a successful Kapha pacifying diet is that it is nourishing and satisfying since Kapha people love their food.

Read: The 3 Doshas of Ayurveda

Tastes for a Kapha to Favour

As stated above, a Kapha pacifying diet favours pungent, bitter and astringent tastes.

In terms of the tastes, the pungent flavour is most often associated with spices that liven up the taste buds, such as chillies, cardamom, cloves, ginger, garlic, turmeric, paprika, and cinnamon. The pungent taste also includes foods such as radishes, turnips, and onions. The pungent taste is known to cleanse the mouth and sense, stimulates digestion, and thins the blood.

The bitter taste is your leafy green vegetables, bitter gourd, eggplant, dark chocolate, as well as some other spices, such as cumin, saffron, and turmeric. The bitter taste cleanse the pallet, improves your overall sense of taste, tones the skin and muscles, and supports digestion.

Lastly, the astringent taste is the chalky dry taste that you get in your mouth, like when you eat a green banana. Legumes are considered to be astringent in taste such as chickpeas, kidney beans, and soybeans. Bananas, apples, pomegranate, artichokes, cauliflower, lettuce, fresh coriander, parsley, and turmeric are just a few other foods and spices that are astringent.

Astringent flavours are excellent for helping to tone the body and absorbing excess water in the body.

Read: How to Eat for Your Dosha Type

Those of Kapha predominance should only eat when they are hungry and avoid overeating. Eating in between meals will only further slow down digestion and metabolism.

Foods should be cooked, fruits are best eaten when ripe, and it is best to avoid foods that are heavy, such as dairy and meat. Raw foods along with sweet and sugary foods should also be avoided by Kapha types as they are harder to digest and are considered to be too cold.

Drier foods should be favoured as too much oil will aggravate Kapha. The use of ginger is highly encouraged as it is great way to stimulate the digestion and the senses.

Read: How to Inspire a Kapha

Below is a more thorough list of foods that you can have when balancing Kapha.

Foods to Eat to Pacify Kapha

Ghee and low-fat dairy products. It is best to use natural dairy alternatives where available, such as hemp or almond milk. 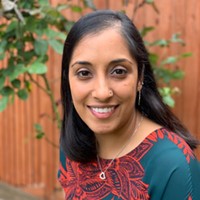 We only have today to make the right choices for a healthier tomorrow. Varsha's mission and vision in life is to promote a holistic approach to health through nutrition, yoga, health education, and corporate wellness programmes. Varsha is a registered senior yoga teacher by Yoga Alliance UK. She also has a Masters in Holistic Health Education and Holistic Nutrition as well as a Bachelor’s degree in Physiology, Health, and Ayurveda.