Why Yoga Strengthens the Mind According to Science

Takeaway: Yoga not only strengthens the body, but also the mind.

Many people begin practicing yoga for the physical benefits. I was one of those people.

I was never very motivated to go to the gym and work out, but I knew I needed to move my body and yoga always made me feel good.

Recently, as I incorporate yoga and mindfulness into my practice as a mental health professional, it has been a lot of fun to research how science is supporting that yoga not only strengthens the body, but also the mind.

In this article, I give a general overview of the scientific research that supports yoga as a tool to strengthen the mind; how it relates to stress, mental health and cognitive performance; and I explore how practicing yoga can help children develop a healthy, strong mind and why this is so important in today’s world.

Numerous academic literature reviews over the last decade have critiqued current research about how yoga affects the body and mind in ways that we can scientifically measure.

It has been shown repeatedly that regular yoga practice will aid the body by boosting muscular strength, flexibility, improving respiration, and enhancing cardiovascular function.

It has also been shown that yoga also enhances the function of the mind in several ways including: bolstering recovery from mental health challenges such as depression and anxiety; reducing distress associated with chronic pain; promoting recovery from substance abuse and addiction; improving sleep; and overall enhancing the well-being and quality of life in scientifically measurable ways.

Research also suggests that yoga may be a tool to meet the needs of the numerous individuals who experience treatment-resistant and chronic depression. 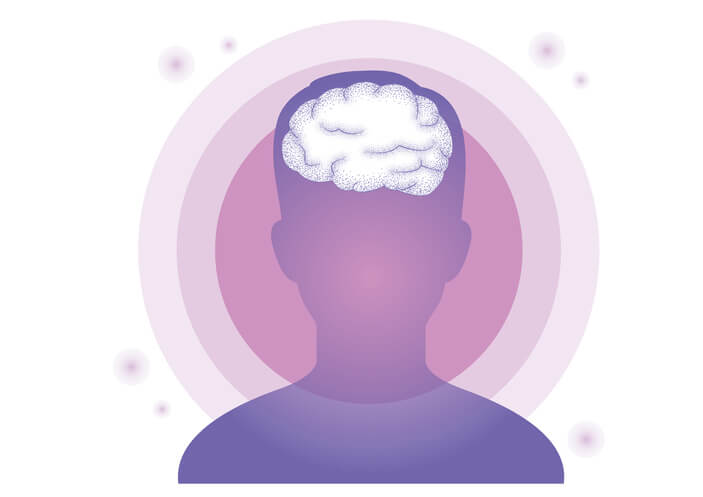 When comparing the negative potential side effects of antidepressant medications to the few (or non existent) negative side effects of practicing yoga, it seems like a no brainer that yoga and meditation are safer options for first responses to treating symptoms of depression -- unless of course the individual is at serious risk of harming themselves or others which would call for more intensive and immediate intervention.

The research shows that the benefits from yoga come from a consistent practice, and it is not an immediate quick fix. (Learn more in Yoga for Anxiety and Depression: 5 Effective Poses That Can Help.)

What Happens in the Brain When We Practice Yoga?

As mentioned in some of my other articles, yoga is a great tool for relaxation because you can use it to promote the parasympathetic nervous system, which is the “rest and digest” system that allows us to become calm and relaxed. (Learn more in Stress vs Self-Care: How to Elicit the Relaxation Response.)

In the busy world we live in, many of us are living moment to moment in a “fight or flight” state in the brain, which means the sympathetic nervous system is activated more than it needs to be.

Living excessively in this state can lead to all sorts of physical and emotional disturbances, including lowered immunity and adrenal fatigue. 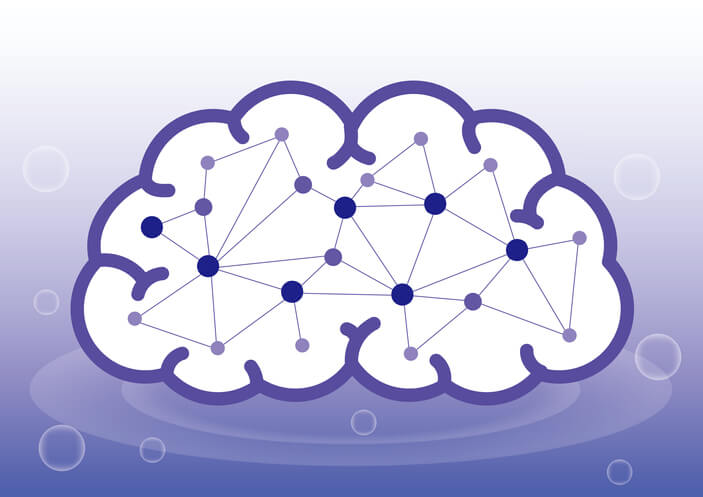 Yoga allows for the inhibition of an area of the brain’s hypothalamus referred to as the sympathetic area. This inhibition leads to lower levels of anxiety and a reduced heart rate.

Yoga also is shown to increase serotonin levels, which is the neurotransmitter that the most common type of antidepressants (SSRI’s) also work to increase by limiting its re-uptake into the brain.

On an experiential level, yoga also helps you to accept moment to moment experiences as they are, and increase your capacity for mindfulness. This has been shown in research to lead to a better overall sense of well-being. (Learn more in 3 Ways to Stop Anxiety With Yoga.)

A quick mention of the vagus nerve seems important here as well. This nerve is said to control the parasympathetic nervous system.

Emerging research shows it is valuable for further study in order to understand inflammation and chronic pain disorders like fibromyalgia, for example. Some recent studies show that the vagus nerve helps to create memories by releasing the neurotransmitter norepinephrine.

It has also been shown that the vagus nerve helps us to breathe, controls the heart rate, and transmits information between the gut and brain.

Research on the vagus nerve is very new and exciting, providing a lot of hopeful insights into treating illnesses that have puzzled doctors previously.

Given its link to the parasympathetic nervous system, and our knowledge that yoga can activate this system -- especially styles of yoga like yin, restorative, and hatha -- it again seems like a no brainer that yoga can be recommended as a first response to any physical or mental health issue.

Better yet, it can be considered as preventative medicine. (Learn more in Yoga and Mental Health: Pranayama, Asana and Mantra for Mood.) 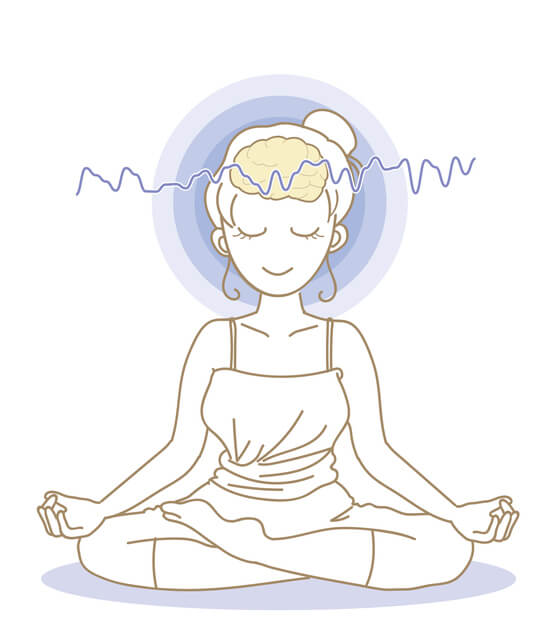 An interesting study done at Harvard University showed that participants performed better in executive function tasks, such as reading, after practicing yoga and meditation compared to those who did not.

At the University of Utah, a study of fMRIs showed that yoga practitioners had higher pain tolerances as their brains showed lower pain reactions.

This supports the idea that yoga can strengthen the mind’s ability to tolerate physical pain and mental stress. (Learn more in Unlock the Stress in Your Body With Healing Yoga Techniques.)

Another study showed that patients with dementia performed better on cognitive tasks after practicing yoga. They were better able to recognize objects, communicate, pay attention, and had better depth perception.

Think of the Children

The children are the future. This is why I’ve largely dedicated my work as a mental health professional to children and youth.

Teaching children to strengthen their mind through yoga can serve not only that child, but all of humanity.

A literature review by Nayar and Hagen in 2014 showed that millennials actually have higher amounts of stress than any other generation. They are facing challenges like anxiety and depression at record rates.

In a world of constant stimulation and expectation through social media and use of electronic devices, it has been shown that children and youth are facing more and more pressure.

Children are in desperate need of tools that can allow them to listen to and understand their bodies and minds.

Simply using electronic devices creates a mental competition and scattered attention that can be disruptive to the mind’s healthy development. Yoga has been shown to help children and youth train their minds to become more emotionally balanced.

When yoga has been brought into schools, it has helped to improve their physical and mental well-being by enhancing their mood, self-regulation skills, and decreasing their levels of stress.

Yoga can help children cope with the increasing levels of stimulation that can create mental chaos, and teach them the skills that they will need to be tomorrow’s successful and healthy leaders. 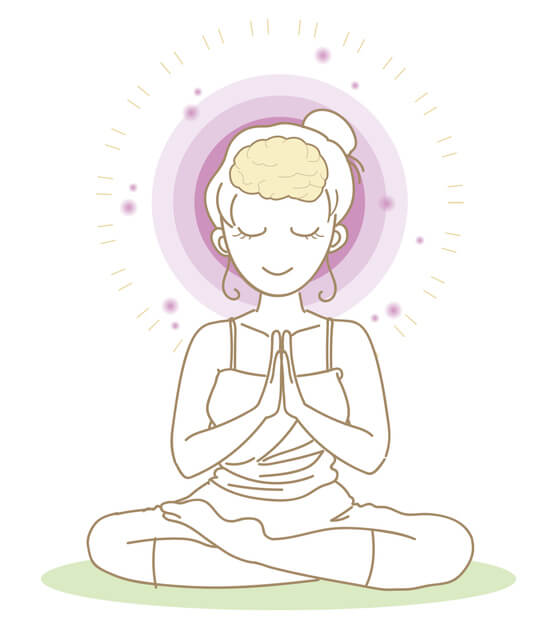 A strong mind can triumph over a weak or strong body. I am grateful that a physical yoga practice opened the door for me to strengthen not only my body, but ultimately my mind as well.

The research shows that there is tangible evidence that supports yoga and meditation as tools to strengthen the mind, which ultimately can create better overall health. (Learn more in How Meditation can Help Soothe Your Stress and Anxiety.)

A strong mind does not fall victim to taking action based on emotional reactions.

As the world faces threats and challenges including climate change and divisive wars, I believe that yoga and meditation is a tool that may allow leaders and all of humanity to strengthen their minds.

Strong minds are needed in order to create workable and intelligent solutions that are grounded in the understanding of a united humanity.

Molly Rae Benoit-Leach MSW RSW RYT is a psychotherapist, yoga teacher, writer, musician, lover and fur-mama. She is passionate about yoga and mindfulness practices as tools for self-care and mental health. She is currently living on Vancouver Island in British Columbia, Canada providing counselling and yoga services in person and online. Molly can be reached through mbltherapy.com and [email protected].

Unlocking the Stress in Your Body
How to Release Anxiety Using Breath
3 Ways to Stop Anxiety With Yoga
Yoga and Mental Health: Pranayama, Asana and Mantra for Mood
3 Yogic Techniques for Mental Muscle Building
Psychological Flexibility: The Other Type of Flexibility That Yoga Helps Improve