Samsara: The Wheel Of Life

Takeaway: Yoga can help us break free from the inherent suffering of being stuck in a human body, human mind, and human level of consciousness.

According to the ancient yoga tradition, there’s an evolving wheel of life known as samsara.

This spinning wheel points to the vicious cycles we tend to repeat over and over again, if we have not reached a certain level of awareness. 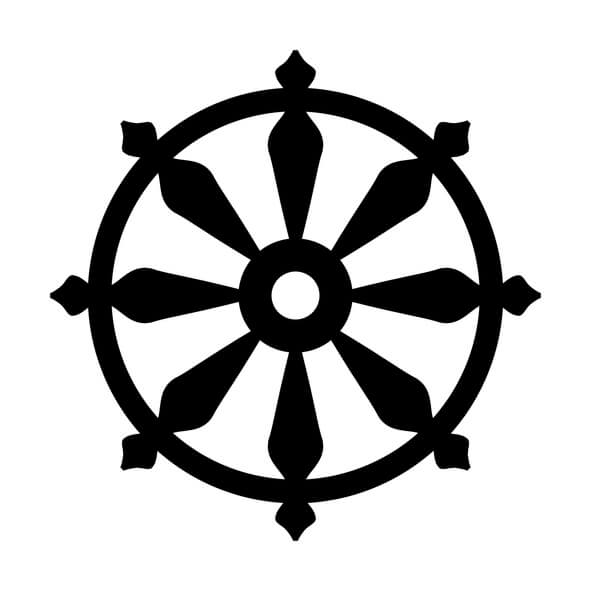 The discipline of yoga ultimately helps us transcend these cycles, so that we don’t get stuck in life patterns that we keep repeating from one incarnation to the next.

If the concept of samsara is confusing to you, you’re certainly not alone.

It’s a bit of a mysterious belief to me as well, unique to Eastern spiritual thought, but foreign to the philosophies of the West.

Most of us reading this article today (myself included) were raised in religious and/or Western philosophical belief systems that make the notion of samsara a little on the esoteric side of things.

The concept of samsara (or samskara) begs further inquiry. Let’s explore this concept further to better understand the nature of existence, and our place in it.

Samsara is Found in Many Eastern Spiritual Traditions

Samsara, also known as samskara, is a complex concept the yoga tradition created in order to explain our human existence, and the cycle of birth and death. 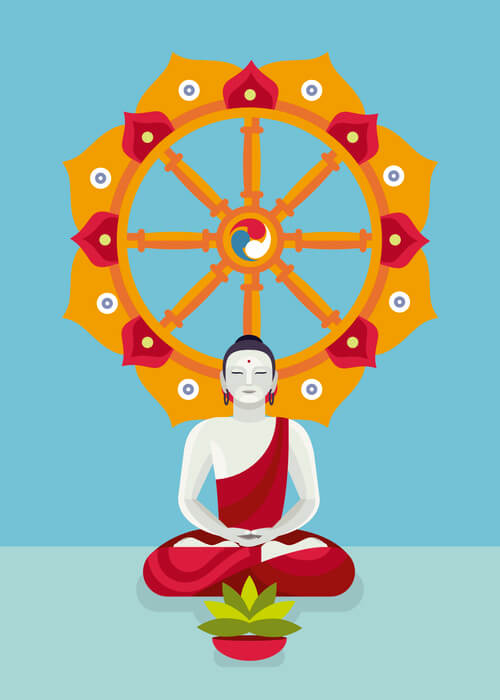 These spiritual traditions all aim for nirvana, moksha, enlightenment—whatever you want to call it—in order to break free from the seemingly never ending pattern of human samsaras.

(Learn more in The Meaning of Moksha.)

The Latent Impressions and Imprints That Propel our Existence

We’re created by a process, a process that’s comprised of latent impressions and imprints.

In this process there’s an energy that drives our bodies and minds to take form, exist, and evolve.

If we asked the ancient yogis what it was that propelled this process of being human, they would answer with the word samsara.

In Sanskrit, the ancient language of yoga, the ‘kara’ part of the word samskara means ‘to do.’ It’s closely related to the word ‘karma.’ (Learn more in The Law of Karma: How Karmic Forces Really Work.)

The ‘sam’ part of samskara is a Sanskrit prefix that means ‘to collect,’ or ‘to gather.’ 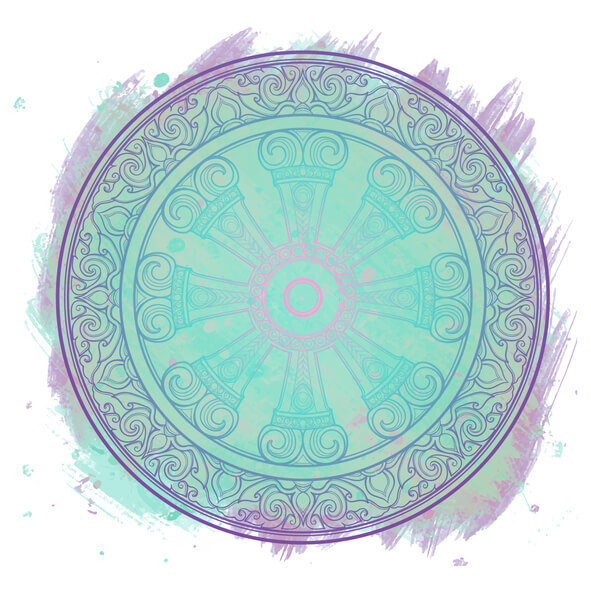 In this sense, the word samsara denotes an energy that gathers together a power which drives us forward.

The samsaras are always present. They cannot be eradicated, and contain the messages of what it means to take form as a human being. (Learn more in The Path to Liberation Starts With Our First Step Off the Mat.)

While they’re not eradicated, they can be transcended. There is a difference.

Samsara: The Cycle That Keeps Us Flowing in Human Form

To put it simply, we can define samsara as the cycle that keeps us in human form. It’s the energy that keeps us trapped in human existence—experiencing birth, life, death, rebirth, and so on, and so forth.

Another popular translation of the word samsara is ‘to flow.’ Samsara can be thought of as the energy that keeps us flowing from one station of existence to the next.

For instance, we might be born into a life in which we wander through a rather hellish station of existence. We might experience ignorance, poverty, and lack—on many levels.

This is our current state of consciousness. 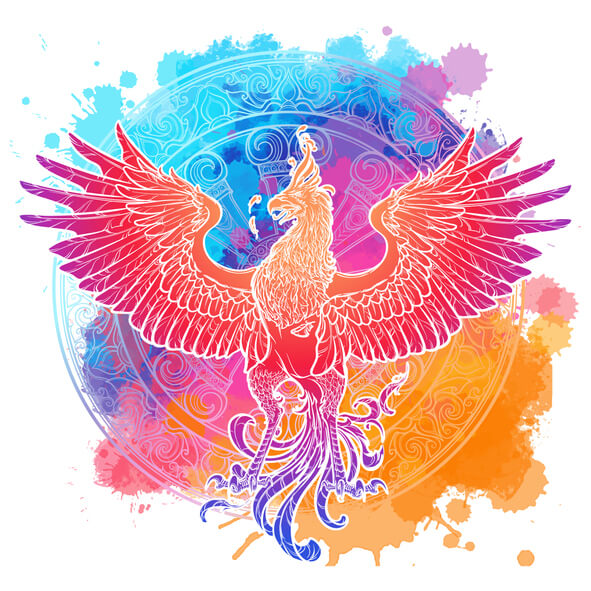 We might even wander through it for many lifetimes.

With each death, the consciousness of that particular life is said to fall away. The hope is that one is reborn into a slightly higher level of consciousness with the next birth.

Because life is inherently full of suffering, the yogis believed human existence to be something we should aim to get out of.

Life was viewed as a kind of affliction, and one that we needed to transcend.

This is why they created the many techniques of yoga—to ultimately break free from the inherent suffering of being stuck in a human body, human mind, and human level of consciousness. (Learn more in Yogas Chitta Vritti Nirodha: Patanjali's Definition of Yoga, Explained.)

The Wheel of Samsara is Full of Delusion

Yogis believed that this cycle of birth and rebirth in human form was innately driven by all things delusional.

These delusional states are thought to be those of desire, attachments, cravings, ignorance, greed, hatred, and so on.

As you might have guessed, we aim to transcend these states of consciousness through yoga.

It's believed that once we reach a state of consciousness in which we’re no longer driven by this delusion, and if we come to the time of death without holding on to any of these delusional states of being, we can reach enlightenment. 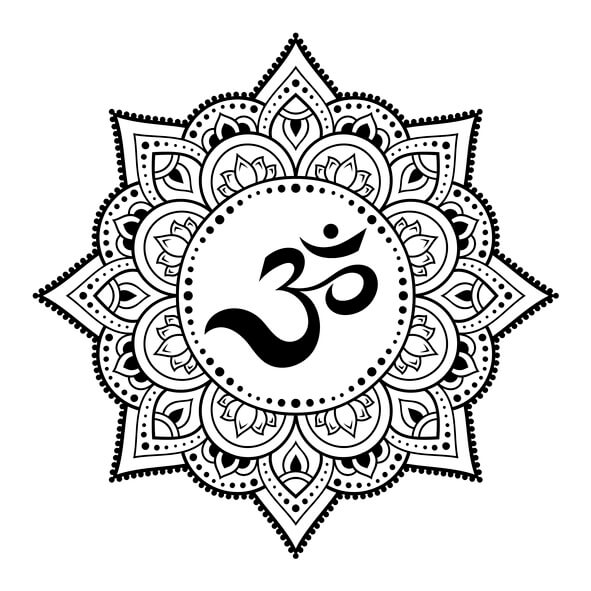 We can end the wheel of samsara.

Ultimately, we leave the world of conditions behind, and enter a new state of being—one that’s totally free of conditions and delusions—one that’s free of suffering as we know it. (Learn more in The Chakra That Isn't: Sahasrara, Your Crown Chakra.)

Through yoga, we aim to liberate ourselves from the repetitive cycles of human existence.

With the attainment of moksha (enlightenment), the infamous wheel of samsara can be transcended.

The Meaning of Moksha
The Wisdom of Non-Attachment and 3 Ways to Practice This Freeing Yogic Principle
Find Beauty in the Broken by Living This Zen Buddhist Precept
Happy New You: 5 Ways to Clear Your Negative Karma
The Path to Liberation Starts With Our First Step Off the Mat
The Truth About Karma and How to Handle It