Kundalini Shakti: The Meaning of the Sleeping Serpent

Takeaway: Strange as it sounds, hunkered down in the guise of a serpent at the base of our spine is Shakti.

It’s not possible to say exactly when Tantra first took hold of Indian religion and culture, for it did so in Jainism, Buddhism, and Hinduism at different times. But for the sake of this entry, let’s agree that an acceptable compromise is a date around 500 CE, give or take a century or so either way.

Why is this event so important? Because through Tantra, as scholar Mircea Eliade writes, “for the first time in the spiritual history of Aryan India, the Great Goddess acquires a predominant position.” 1 In Hinduism, she’s raised to the “rank of a Divine Mother who sustains ... the universe and all its beings.” 2

Though she’s addressed by many names, as is common with Hindu deities and heroes, we’ll call her Shakti, which means, aptly enough, “power, ability, strength, might, effort, energy, capability.”

Shakti’s arrival had a profound effect on the yogis view of the world and the human body. The followers of non-dualist Vedanta thought the manifold world was unreal, an “illusion and its concomitants flowing out of the ignorance of the Atman” (Shandilya Upanishad 3.1.5).

Only when this illusion is dispelled, it was believed, can we see the underlying reality, the “oneness of the Brahman” (Amrta-bindu Upanishad 15).

Dualist Classical Yoga – the yoga of Patanjali and the Yoga Sutras – thought the world was real, but unintelligent, totally dependent on the proximity of the Self (purusha) to “light up its life.”

It was never adequately explained how these two radically different existents interacted. This world’s inhabitants were swept up in an “eternal flow” of suffering (Vyasa’s commentary Yoga Sutra 2.15) caused by their own karma-generated self-ignorance (avidya).

When the Goddess emerged with her new-found pre-eminence and unlimited power, the world was re-born in her image.

Unlike us humans, who build our dwellings from the ground up with bricks and wood and glass, Shakti built this world from the top down, rooted in and slowly materialized out from the pure, immaterial consciousness (cit) of her own primal being.

In this way she was both the efficient and material cause, both the architect-contractor and the stuff with which she built out her blueprints.

In contrast to Vedanta’s illusion and Classical Yoga’s “fortuitous concourse of gunas,” our world with all its diversity is the living Goddess’s body, self-illuminated and suffused with her intelligence and creativity. Something we often forget, to our detriment.

Moreover, in this world, the Self is no longer restrained to the physical body, it permeates everywhere, “inside” and out, wrapping us protectively like a Mother’s loving embrace.

The Goddess’s world had two dimensions, one gross, which is our everyday world, the other the subtle counterpart, only accessible to yoga initiates.

The subtle was an extravagant place, its dimensions mind-boggling, its inhabitants included deities, saints, and demons.

Shaped like an enormous disk with seven circular islands separated by seven seas, it’s dominant feature was a golden mountain, Mount Meru, elevation 350,000 miles, 70,000 times higher than what we now must call, in our world, Mound Everest.

The human body acquired an “importance it never had before attained in the spiritual history of India.” 3 We were fashioned as a reflection of our world; our gross exterior containing an exact replication of the subtle world, our spine taking the place of golden Meru.

So just as our world embodies the Goddess, our body embodies her world.

To know ourselves then is to know the world, and vice versa.

The Kularnava Tantra assigns to our body an inestimable value. Due to the more than eight million “bodily forms” that populate the world, it’s ours, and no other, “in which one gets knowledge of the Essence” (1.15).

We’re urged then to make “persistent efforts” to insure its good health and preservation (1.21), so that we may extend our lives far beyond the normal span of years.

Svatmarama, compiler of the Hatha Pradipika, recognizes a line of 32 adepts (siddhas), beginning with Shiva, who broke the punishing “rod of time” (kaladanda). Each became a jivan-mukti, a person “liberated in life,” who could then traverse the universe at will.

When Shakti reached the end of her construction labors, she split in two. Half stayed active as the vital energy (prana) that pervades and powers the world and all its creatures.

The other half, strange as it sounds, hunkered down in the guise of a serpent at the base of our Meru-spine, where she coiled about herself three and a half or eight times (we’ll save the meaning of these numbers for another entry), and went to sleep.

In Sanskrit, when something is round like a ring or bracelet it’s said to be kundala, and so the coiled “reptile” in each of us is known as kundalini.

At the center of our world then is a powerful image of a snake slumbering at the foot of the “magic mountain.”

In the West, the serpent is often associated with the Garden and treachery and death.

However, in our subtle world, she’s an archetype of growth and transformation and spiritual potential. Her “sleep” is the mirror image of our own, the spiritual “sleep” called avidya, which stirs the longing we feel in our heart to know our Self unfiltered by any worldly limitations.

To fulfill this longing and complete ourselves, we must guide the serpent to the summit of Meru, a mere 350,000 miles away. About the symbolism of the summit Eliade writes:

“High places are impregnated with sacred forces. Everything nearer to the sky ... becomes transcendent, super-human. Every ascent is a breakthrough ... a passing to what is beyond, an escape from profane space and human status.” 4

The immediate question is: How?

How do we awaken the sleeper to begin her ascent of the “magic mountain”?

By all accounts in the traditional literature, this is a difficult and risky business. The preparation for the climb is long and intense, the climb itself is fraught with obstacles, particularly the three granthis, “knots,” situated at critical transitional stations along the route, where consciousness is especially resistant to change and growth.

Naturally, as with any spiritual endeavor, there’s no guarantee of success, which considering all the challenges that have to be faced, must have been a rare occurrence. Unfortunately, we don’t usually hear anything from the failures, though I imagine they would be quite instructive.

This raises yet another question: Why?

Why is it so hard to find our way to our own Self? What impelled the Goddess to make the climb so arduous?

We might think our Mother would be kinder and more helpful, but no, it seems she wants us to take the process most seriously, and spare no efforts along the way. She gifts us this beautiful world to enjoy, but makes our ultimate realization in and of it something we must earn against daunting odds. 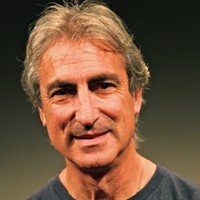 4 Steps to Making Your Shakti Shimmer
Understanding Kriyas and Kundalini
Shiva and Shakti: The Divine Energies Within Us All
5 Ways to Awaken Your Divine Feminine Shakti Energy
Kundalini Awakening: Spark Your Curiosity for More and Find Your Path to Enlightenment
Kindle Your Kundalini With This Divinely Energizing Style of Yoga