Into Buddhahood: The Story of Gautama Buddha

Takeaway: You've most likely heard of the Buddha, but you may not know much about how he reached enlightenment. Here's an introduction to the life of Gautama Buddha.

When people refer to the Buddha, they are thinking of the most recent Buddha, Siddhartha Gautama Buddha, who lived approximately 2,500 years ago. However, Gautama was the 28th Buddha to be born.

All Buddha preach the same doctrine, and they have all been born into a human form as males. Buddha translates as “the enlightened one.” Buddha is very commonly mispronounced by Westerners; it is pronounced as Boo-the, rather than Boo-duh or Boo-dah.

The Past Births of the Buddha

Siddhartha Gautama Buddha is said to have passed through 550 different births before he was born as a prince. He was born into both animal and human realms. These past lives are chronicled in a text called the Jataka Tales of the Buddha.

The stories say that the first time that he was incarnated as a human, he saved his mother’s life from a sinking ship in the ocean. He did so by carrying his mother on his back and swimming to the shore. When he swam up to the shore, his mother proclaimed “Thank you. May you be born a Buddha for saving my life.” It’s said that this blessing allowed him to incarnate as Prince Siddhartha Gautama, who would later become the Gautama Buddha.

In his last birth prior to becoming Siddhartha, he was King Vessantara. He was a very generous man who gave up his wife and two children to a Brahmin as an act of selflessness. This story is detailed in the Vessantara Jataka.

The Life of Siddhartha Gautama Buddha

Prince Siddharatha was born to King Suddhodana and Queen Maya in the kingdom of Kapilavastu-Pura in present day Lumbini, Nepal. His parents were Hindu and of the Kshatriaya (warrior) caste. Unlike India, the country of Nepal was never conquered by the British, so they had a great deal of autonomy.

His mother passed away seven days after childbirth. This is a customary occurrence when a future Buddha enters the world. The Buddha’s birth is such a powerful occurrence in both the human and divine realm that the mother can’t sustain all the energy associated with the birth. He was raised by his mother’s sister, Mahapajapati.

Prince Siddhartha did not have any siblings and he was destined to be the heir of his father’s kingdom. The King was eager to have his son take over the kingdom. This was against the advice of the royal astrologer, who had found the 32 lakshanas (special markings) of a Buddha on Prince Siddhartha Gautama. The astrologer proclaimed that this child was no ordinary child, but would be a renowned and enlightened religious leader.

The King kept his son in the castle. He was given all the worldly pleasures to avoid him interacting with the outer world, which might trigger him into thinking that there might be another life outside of palace life. Prince Siddhartha married early in his life. His wife’s name was Yashodhara.

One day, he toured the outer city, much against his father’s wishes. In this touring he came upon four different humans:

Soon after his visit, he realized that the calm and peaceful demeanor of the Brahmin was vastly opposed to the sorrow or dukkha embodied in the other three. (Learn more in Suffering & Sweetness: Understanding Duhkha and Sukha to Deepen Your Practice.)

When Prince Siddharatha was 29 years old, his wife Yashodhara gave birth to a son, Rahula. A week after Rahula’s birth, Siddhartha decided to leave the palace and seek the truth of life. He took a last look at his son, his wife, and aunt, then he called for his charioteer in the dead of night and crossed the River Niranjana, which is still in existence today.

Siddharatha took his sword, cut his hair, then gave the sword to his charioteer. He told his charioteer to tell the King that he had renounced worldly life. He was planning to go in search of truth to eliminate the cycle of dukkha or suffering. He lived in the forest and aligned himself with five other seekers: Kondanna, Bhaddiya, Vappa, Mahanama and Assaji. Kondanna was the royal astrologer.

For about six years, Siddhartha Gautama went from sage to sage, yet he could not find answers to his questions. Thus, he abandoned his five friends and set off on his own.

He subjected himself to extreme austerities, including almost starving himself to death by continuously meditating. He soon realized that was not the right path to attain enlightenment.

He had to tread the middle path, without going to extremes. This is the path that Buddhists are advised to follow.

The Path to Enlightenment

Eventually Siddhartha found, through the middle path, that there are eight noble truths to end suffering. This is known as the Noble Eightfold Path. (Learn more in Awakening Through the Teachings of the Buddha.)

Siddhartha Gautama finally achieved enlightenment under the Bodhi tree (pronounced Bo-thee) in present day Bodhagaya in India. He preached his first sermon near this Bodhi tree in Sarnath (near Varanasi). His first five disciples were the original five ascetics, who had been with him in the early years. He became known as Gautama Buddha.

A Buddha will attain Buddhahood after passing through the four scientific stages of the study of humans’ thoughts, mind, and actions, from birth to death.

This is the path to enlightenment, or nirvana (also called nibbana). All Buddhas are self-taught. They gain knowledge through self-education, meditation and right concentration.

Buddhism based on four noble truths that Gautama Buddha found:

After he attained Buddhahood, the Buddha continued his daily routine of going around with his begging bowl. One day, he happened to walk past the royal palace. Rahula was approximately nine years old. Yashodhara told Rahula that the renunciant was his father. They went and respectfully bowed to him and gave him food. Rahula was later ordained as a monk.

Gautama lived for 45 years after he attained enlightenment. The next Buddha awaiting to be born is Maitreya Bodhisattva. He awaits in the abode of the Gods, known as Tushita, until he is ready to take birth. Like the previous one, he will wait for the most opportune moment to be born.

Once this moment arrives, he will look at the five most important criteria to be born, namely, the time, the continent, the country, the caste, and the mother to which he will be born. Then, he will preach the doctrine when humans most need the guidance of a spiritually enlightened one to alleviate the daily suffering, which one undergoes from birth to death.

It is said that the future Buddhas will also be men. Each future Buddha will be fully accomplished in terms of accruing merit and passing through various stages of birth, by taking both human and animal form.

The main celebrations of Buddhists are the full moon in the month of May. This celebration is known as Wesak. It’s the full moon during the lunar month of Vaishakha in Vedic astrology. This is the lunar day on which the Buddha was born, attained enlightenment, and when he eventually died. It’s officially recognized as a holiday by UNESCO. It falls on May 18th in North America in 2019. 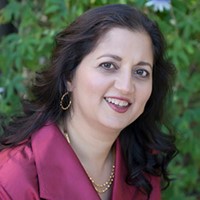 Awakening Through the Teachings of the Buddha
The Meaning of Om Mani Padme Hum
Detoxing From Stimulation: Learning Patience and Trust Through Vipassana Meditation
Spiritual Goals: How Progress on 'The Path' Depends on You and Your Sadhana
The Wisdom of Non-Attachment and 3 Ways to Practice This Freeing Yogic Principle
Find Beauty in the Broken by Living This Zen Buddhist Precept