Definition - What does Sayanasana mean?

Sayanasana is an advanced inversion and one of the asanas in the fourth series of Ashtanga yoga. The name is derived from the Sanskrit word, sayana, meaning "resting" or "repose," and asana, meaning "pose."

To perform sayanasana, the yogi starts in downward dog and brings the forearms to rest on the floor, with the hands stacked one on top of the other and the elbows directly under the shoulders. From this foundation the yogi brings the legs up into pincha mayurasana. Once the yogi finds their balance, they bring the hands up to the chin and balance only on the elbows. To release the posture, the hands come back to the floor and the yogi can assume chaturanga.

Sayanasana is also known in English as elbow stand or repose pose. 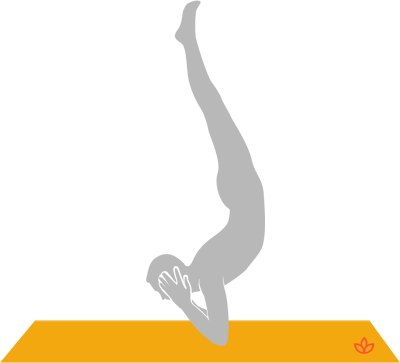 Sayanasana requires that the yogi be comfortable with inversions and with shifting their balance from one of stability with both forearms on the floor to one of precise balance with only the elbows supporting the body. The name of this asana refers to the way a yogi should hold this posture, which is in a relaxed state and appearing as though resting with the hands cupping the chin.

Poses in the Ashtanga fourth series allow yogis to build upon the strength and balance they have developed already by expanding their practice with advanced variations on poses they know and can perform.