Lokah samastah sukhino bhavantu (Sanskrit: लोकः समस्ताः सुखिनो भवन्तु) is a Sanskrit mantra that often chanted at the conclusion of a yoga practice. Lokah Samastah Sukhino Bhavantu means “may everyone, in the whole world, be happy.” It can be chanted, sung or meditated upon to offer as a prayer, or shloka for the whole world. Another popular translation is “may all beings, everywhere, be free and happy.” This is still accurate, except the mantra doesn’t specifically say the word free, but rather, it is implied.

It is said that this mantra is thousands of years old, but it is not specifically found in the Vedas, which holds the documentation of many other popular mantras. Rather, lokah samastah sukhino bhavantu is thought to be part of a Shanti mantra, a peace mantra.

Lokah samastah sukhino bhavantu can sometimes be heard at the end of a puja (a ceremony of thanksgiving), as part of the group participation and offering. In modern society, this mantra appears mostly during kirtan or group chanting. Often this mantra acts as a group offering of happiness for the whole world. 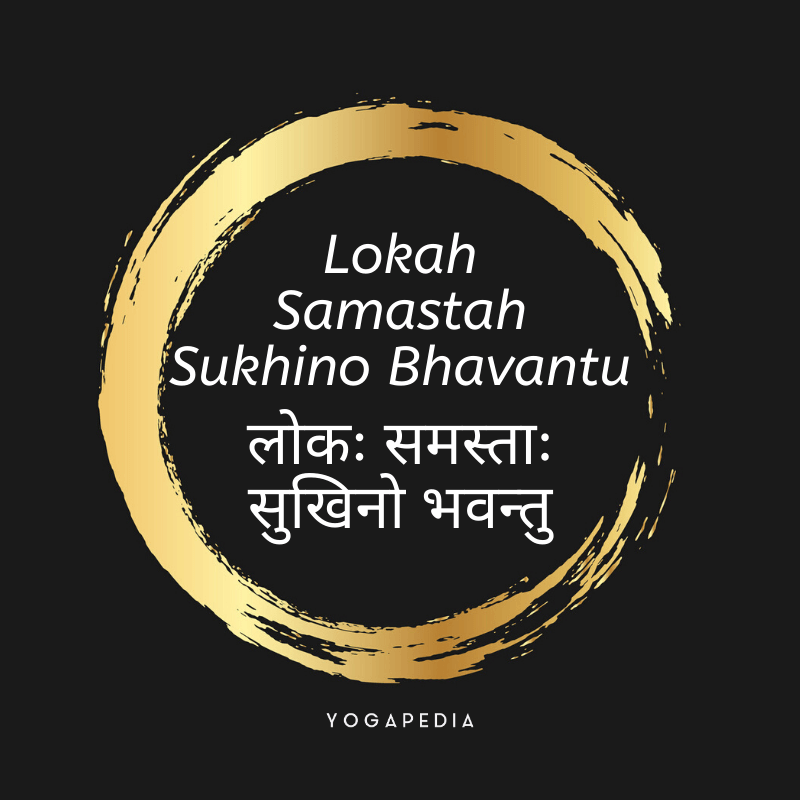 Another common translation, attributed to Integral yoga, is: “May the entire universe ever be filled with peace, joy, love and light.” The literal translation of each word from the Sanskrit is as follows:

This mantra flows and has such melodious sounds that it is important that it is pronounced correctly.

Repeat this mantra over and over until you find that it begins to flow and feel quite natural with the rhythm of your breath.

Music and Mantra
Advancing With Mantras
Performing Puja: A 'How-To' on Creating Your Own Spiritual Ritual
The Makings of a Japa Mantra and How to Add This Yogic Practice to Your Sadhana
What Makes a Mantra?
5 Sacred Mantras to Jump-Start Your Japa Meditation Practice