Otherwise known as the Maha or "Great" mantra, the Hare Krishna mantra has only four lines, composed of the names of Hindu deities and their energies: Hare, Krishna and Rama. Hare refers to either the energy of Hari (Lord Vishnu) or Hara (Krishna's consort, Shakti). Krishna and Rama are the names of two avatars of Lord Vishnu.

The Hare Krishna mantra is chanted as a petition to God, and its meaning can be interpreted as "Oh Lord, oh energy of the Lord, please engage me in your service." 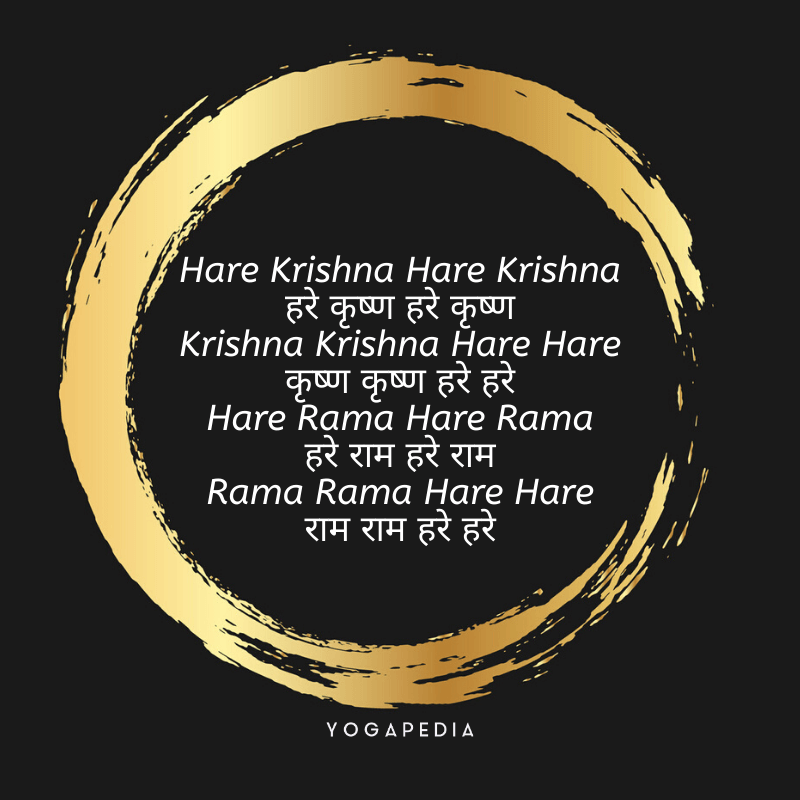 According to the Vedas, one of the most effective means of achieving self-realization and union with the Divine is through chanting. Chanting is an ancient spiritual practice, in which rhythmical repetitions of sacred words or phrases serve to deepen concentration and devotion. Bhakti Yoga uses chanting as a means of surrendering to supreme or universal consciousness, and the Hare Krishna mantra in particular is believed to awaken practitioners to their connection with this divine energy.

The Hare Krishna mantra is ancient in its origins, and has been upheld by great sages and Vedic scriptures for thousands of years. From the 1960’s, the mantra gained recognition outside of India through A. C. Bhaktivedanta Swami Prabhupada’s movement: the International Society for Krishna Consciousness (commonly known as the “Hare Krishnas”). As a result, the Hare Krishna mantra has since been referenced in popular culture and song, including George Harrison's solo single, “My Sweet Lord.”

The full text of the mantra is:

Repetition of these sacred words is said to generate a transcendental vibration, surpassing the stages of physical senses, mind and intelligence to connect the practitioner with Krishna consciousness. This is a subtle state of awareness, in which complete connection and harmony with the Divine frees the self from the illusion of separateness. As such, it is an effective means of shedding ego and experiencing bliss.

Devotees of Krishna perform japa recitation with the Hare Krishna mantra, using prayer beads known as mala to count the number of repetitions. This is a daily prayer or meditation by an individual practitioner. The Hare Krishna mantra can also be chanted as a group, such as kirtan. Kirtan tends to use musical instruments or a harmonium in order to incorporate melody with the mantra.

Music and Mantra
Advancing With Mantras
Four Facets of Hinduism's Lovable Lord Krishna to Keep in Mind
Shiva and Shakti: The Divine Energies Within Us All
What Makes a Mantra?
4 Steps to Making Your Shakti Shimmer