Definition - What does Hari Om mean?

Hari Om is a popular Sanskrit mantra, believed to erase all suffering and connect practitioners with universal consciousness.

Hari means "the remover" or "the one who takes away," and is the name used in the Vedas to refer to the Supreme or Divine Absolute who removes the sorrow and suffering of his devotees. In Hindu mythology, Hari is also a name given to Vishnu, believed to be the remover of sins.

Om is a primordial sacred syllable, encompassing the sound vibration of the universe and all creation. Om chanting is generally used to enhance consciousness and connect practitioners to their divine essence within. Combining Hari with the powerful sound vibration of Om is believed to remove sins, bad karma and suffering. 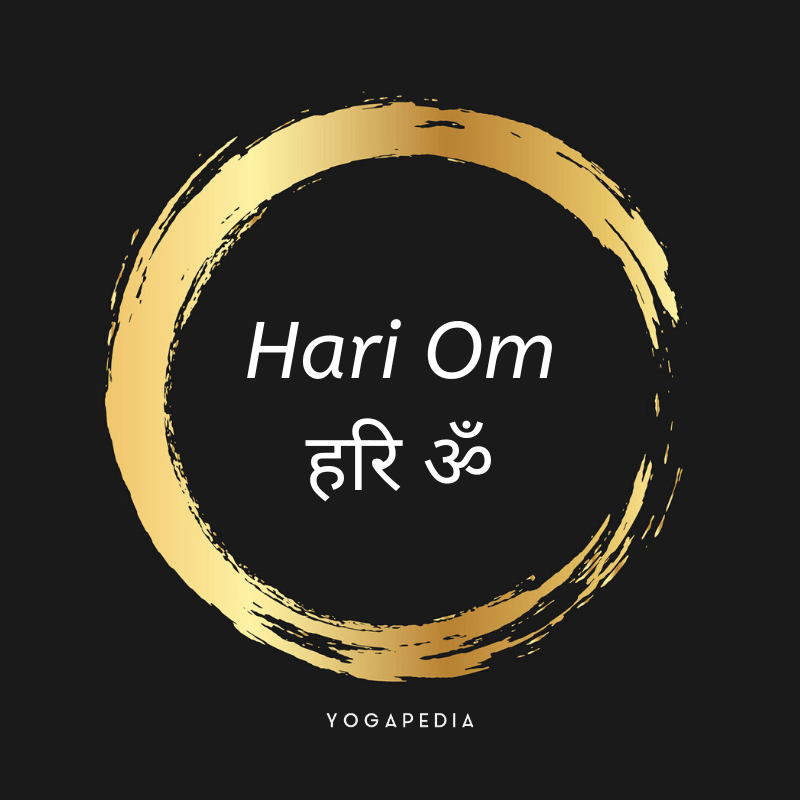 Repetition of Hari Om forms a type of meditation in itself, referred to simply as Hari Om meditation. Meditating on Hari Om is said to activate the chakras, thereby enabling kundalini energy to move upward from the base of the spine through the sushumna nadi (spinal energy channel).

The vibration resulting from Hari Om meditation also encourages prana to move from one energy center to the next, helping to clear any energetic blockages.

Other benefits of Hari Om chanting include:

Hari Om is sometimes considered to be a shortened version of the mantra, Hari Om Tat Sat. Om Tat Sat can be translated as "Supreme Ultimate Truth" or "all that is." In this case the prefix Hari refers to God in the physical form. As such, this mantra is used to awaken practitioners to the true or higher self, beyond the physical body.

Hari Om and Hari Om Tat Sat can be chanted aloud or internally, and should be practiced with a focus on the vibration created by the sound.

Generally, mantra chanting takes place in a stable, seated posture in which the practitioner is able to maintain an upright spine, for example, padmasana (lotus pose) or sukhasana (easy pose).

In order to enhance concentration, mala beads can be used to count each recitation of a mantra, generally in rounds of 108 repetitions for maximum effect.

The Roots of Suffering: Sprouted From the Mind, Healed by the Heart
Experience the 5 Koshas Through Yoga Nidra
The Key Poses of the Ashtanga Primary Series
Why We Say Namaste
CBD for Your Muscles
Linking Breath and Mantra