Definition - What does Lolasana mean?

Lolasana is a challenging arm-balancing and core-strengthening asana that requires strong arms and shoulders. The name comes from the Sanskrit lol, meaning “fickle,” “trembling” or “dangling,” and asana, meaning “posture” or “pose.”

With the ankles crossed, the practitioner sits back on the heels in a variation of vajrasana (thunderbolt pose), then places the hands alongside the legs. From there, the torso and shoulders curl forward until the body forms a ball, and the arms extend to raise the legs off the ground. With the body tucked into a ball, it rocks between the arms like a swing.

Lolasana is also known as pendant pose in English. 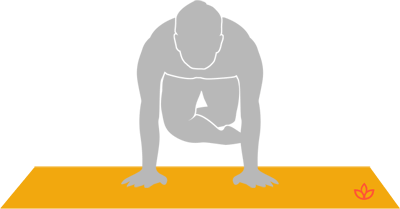 Lolasana was originally known jhula, an exercise in a form of Indian gymnastics. In the 20th century, it was upgraded to an asana, along with other such exercises.

Traditionally, lolasana is believed to activate the muladhara (root) and the manipura (solar plexus) chakras. Opening muladhara provides mental and emotional stability and a sense of security, while an open manipura chakra improves self-confidence and motivation.