Definition - What does Heron Pose mean?

To enter the pose, the practitioner sits in staff pose (dandasana) with both legs stretched forward and the spine erect. The right leg is folded to bring the heel by the side of the right hip as in hero pose (virasana). Supporting the left foot with the hands, the leg is lifted off the floor toward the torso and straightened as much as possible. This is then repeated on the opposite side.

Heron pose is referred to as krounchasana in Sanskrit. 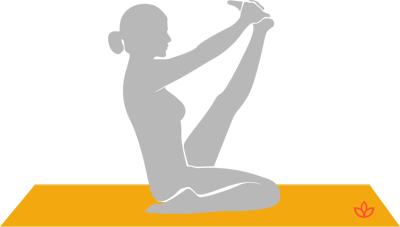 Benefits of heron pose include:

Beginners can hold the calf to support the raised leg. A yoga strap can be wrapped around the sole of the lifted foot to help ease the strain of this advanced posture. Those with chronic knee or ankle conditions can avoid bending the leg while practicing heron pose.