Definition - What does Nadi mean?

Nadi is Sanskrit word that can be translated as “tube,” “channel” or “flow.” It refers to the network of channels through which energy travels through the body. The number of nadis that the body is believed to contain varies depending on the tradition, but there are three principal nadis that weave through the spinal cord and the intense energy centers known as chakras.

In yoga, asanas, breathing exercises (pranayama) and chanting are among the tools used to help circulate the prana (life energy) through the nadis.

In the traditional eastern health sciences, such as Ayurvedic, and in yoga philosophy, all living things function thanks to the life energy known as prana, which circulates in the body through the subtle pathways known as nadis. Prana can circulate only when the nadis are clear and strong. When the nadi system is blocked, prana cannot flow, and a person's physical and mental health are negatively affected.

The three main nadis are: 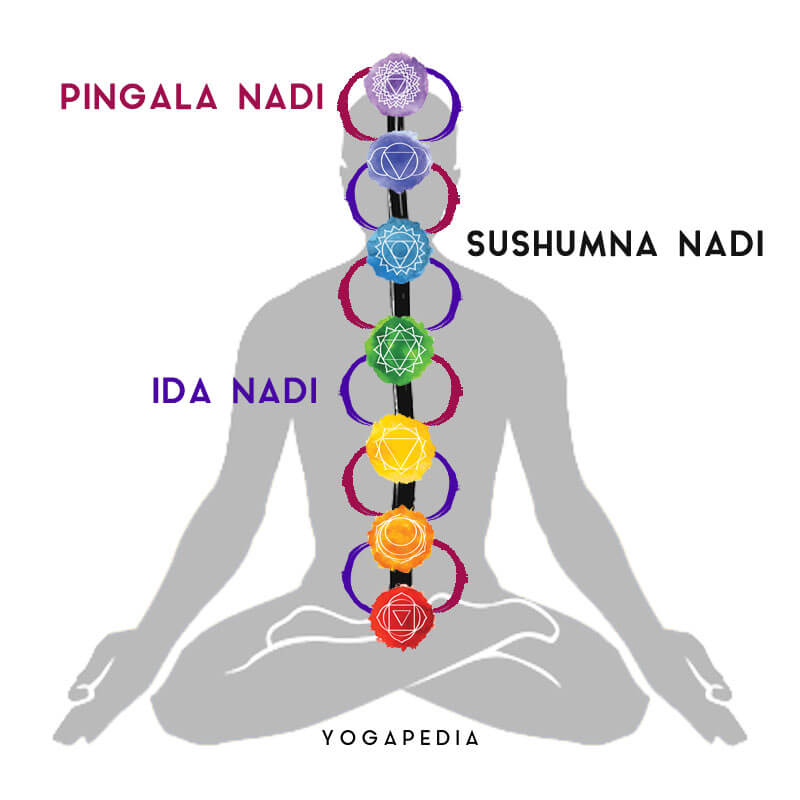 A major focus of Hatha yoga is balancing the nadis, and one of the most effective methods of doing so is a form of pranayama called nadi shodhana, or alternate nostril breathing. It is often included at the end of an asana practice.

The nadis can be compared to the meridians of Chinese acupuncture.