Sa ta na ma (Sanskrit: स त न म) is the name given to a fundamental kundalini kirtan kriya, which is a type of meditation. It is one of the most important meditations in Kundalini yoga and it was popularized in the West by Yogi Bhajan. Also sometimes simply called kirtan kriya, sa ta na ma is said to help reorient the mind and prepare it for transformational change.

There are several definitions that can be attributed to the sa ta na ma Sanskrit letters. Some studies attribute no meaning to the letters at all, but instead encourage the practitioner to enjoy them for their sound vibrations.

Sa ta na ma is often chanted as part of a Kundalini meditation as it encourages the energy to rise in the spine and expand to the head. This awakened energy can be used for enlightenment, increased awareness and for tantric practices.

Pronunciation: for these letters that the “a” is pronounced like the “u” in up. However, when written in transliteration Sanskrit always uses an “a” to represent this sound. Also, the “a” is short; only held for one beat.

The “ta” and the “na” are pronounced with the tip of the tongue touching the teeth. This feels funny for native English speakers, but changing the placement of the tongue changes not only the meaning, but also the vibratory quality. Chanters normally place their tongue slightly back from the teeth to produce sounds like t, d and n. Sanskrit makes a distinction of tongue placement, breath and duration.

The sa ta na ma sounds are simple, but the vibrations are very powerful. They can be said repeatedly or chanted quickly or sung slowly holding out each sound. When said correctly they touch-on or put pressure on certain points in the mouth which stimulate the pituitary gland and the pineal gland.

The vibratory quality when sung slowly will feel more peaceful and the chanter will feel the sound vibrate in their head. When one chants this mantra by singing rapidly, they can create a sense of energy in the chanter's body. This feeling is the stimulation of the Kundalini energy, also referred to as serpent energy.

All Sanskrit mantras can be repeated internally as a meditation. Sa ta na ma makes a good meditation mantra as the syllables align well with a breathing rhythm. Some practitioners have paired it with mudras, or hand gestures used for energy alignment and meditation. 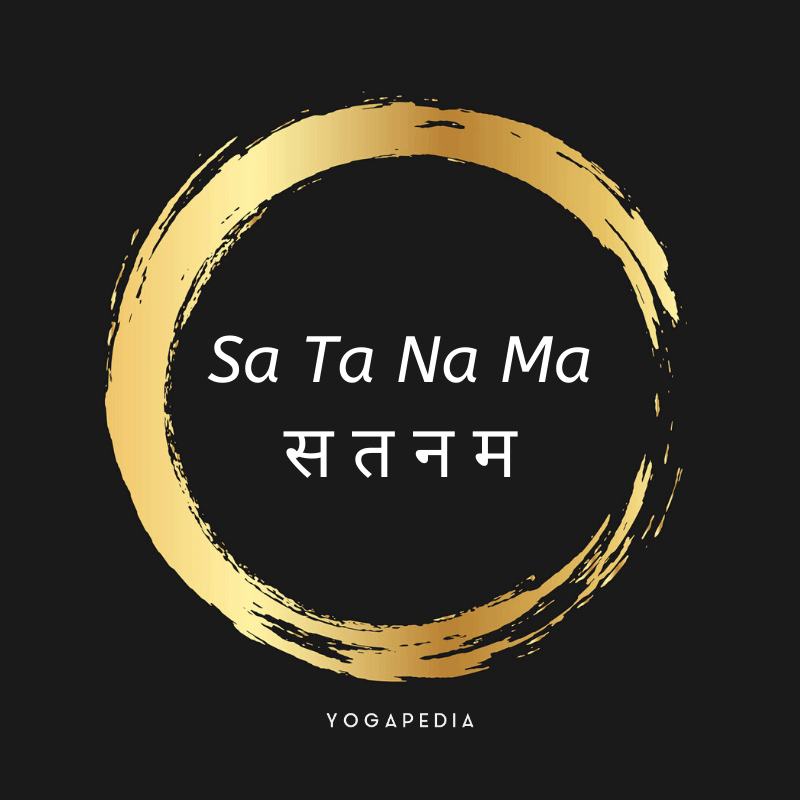 Music and Mantra
5 Powerful Mantras and Their Sacred Meanings
What Makes a Mantra?
An Introduction to Kriya Yoga
Understanding Kriyas and Kundalini
5 Sacred Mantras to Jump-Start Your Japa Meditation Practice