Definition - What does Bhairavasana mean?

Bhairavasana is a very advanced hip-opening yoga posture that is a variation on vasisthasana, or side plank, with one leg behind the head. It's a powerful pose mentally as well as physically because it requires opening and expansion in a challenging place, which can go against the natural tendency to want to shrink from difficulty.

The posture takes its name from Bhairava, the name of an incarnation of the Hindu god and destroyer, Shiva; and asana, which is Sanskrit for “seat” or “pose.” Bhairavasana can also be known by its English name, destroyer of the universe pose. 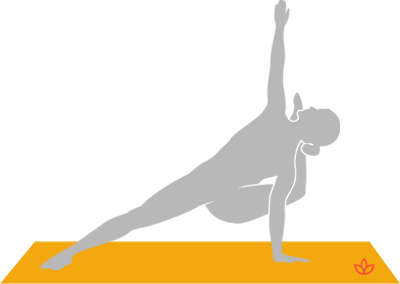 Bhairavasana is named after Bhairava who, according to Hindu mythology, was an incarnation created from Shiva’s fingernail. Bhairava represents the formidable annihilating principle of Shiva. After Brahma became arrogant and began taking over Shiva’s duties, Bhairava chopped off one of Brahma’s original five heads. Brahma then realized that he needed to be humble and control his ego. Because the posture of Bhairavasana can feel as though the leg could decapitate the head, it's considered by some to be a reminder to keep the ego in check.

Bhairavasana is a pose in the third series of Ashtanga yoga. In Iyengar yoga, this posture is also taught, but it is usually called Kala Bhairavasana.

Hinduism's Most Popular Deities
Celebrating India's Night of Shiva, Shubh Mahashivratri
Shiva and Shakti: The Divine Energies Within Us All
Experience the 5 Koshas Through Yoga Nidra
The Key Poses of the Ashtanga Primary Series
Why We Say Namaste