Definition - What does Nahushasana B mean?

Nahushasana B an advanced seated pose that challenges flexibility in the lower body, particularly the hips, ankles and legs, as well as the shoulders, arms and wrists. It is believed to calm the mind and improve concentration.

To practice Nahushasana B, begin in baddha konasana. The feet are then pulled underneath the body and twisted until the toes point backward and the perineum rests on the feet. The hands reach behind the back in reverse namaste, or prayer position, with the fingers pointing to the sky.

Nahushasana B is the second of three variations of the asana known in English as the pose dedicated to Sage Nahusha. 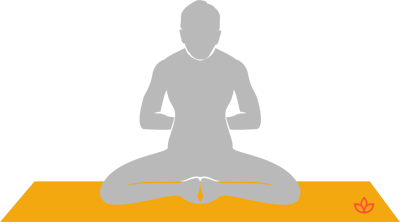 Nahusha was a mythical Hindu sage or king, depending on the tradition and legend. A common story has him elevated to king of the gods, temporarily replacing Indra, who fled into exile after being cursed.

The three variations of Nahushasana are included in Ashtanga yoga's advanced fourth series vinyasa. In the B variation, the drishti, or gaze, is toward the tip of the nose or the ajna chakra (between the eyebrows).

In the other variations of Nahushasana, the lower body is positioned the same but the upper body differs:

Psychological Flexibility: The Other Type of Flexibility That Yoga Helps Improve
4 Essential Asanas to Increase Flexibility
Experience the 5 Koshas Through Yoga Nidra
The Key Poses of the Ashtanga Primary Series
Why We Say Namaste
CBD for Your Muscles