Teardrop bow pose is an intense backbend that is so-named because the body holds the shape of a teardrop. Because this is an advanced posture, it should only be attempted after less intense backbends have been mastered.

The pose begins lying on the stomach, as in bow pose, but in the teardrop variation, the yogi lifts the arms and legs overhead and toward each other until the yogi can grasp the big toes.

This posture is also known as big toe bow pose and in Sanskrit as padangustha dhanurasana. 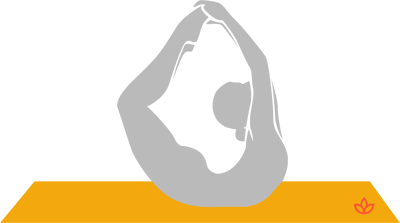 Teardrop bow pose is one of the asanas in the fourth (advanced B) series of Ashtanga yoga. The posture is believed to have these benefits:

Yogis suffering from neck, back or knee injuries should skip teardrop bow pose. Women who are pregnant should also avoid the posture.

Those who lack the flexibility to practice the full pose can ease into teardrop bow pose by using a pair of yoga straps to draw the feet closer to the hands.